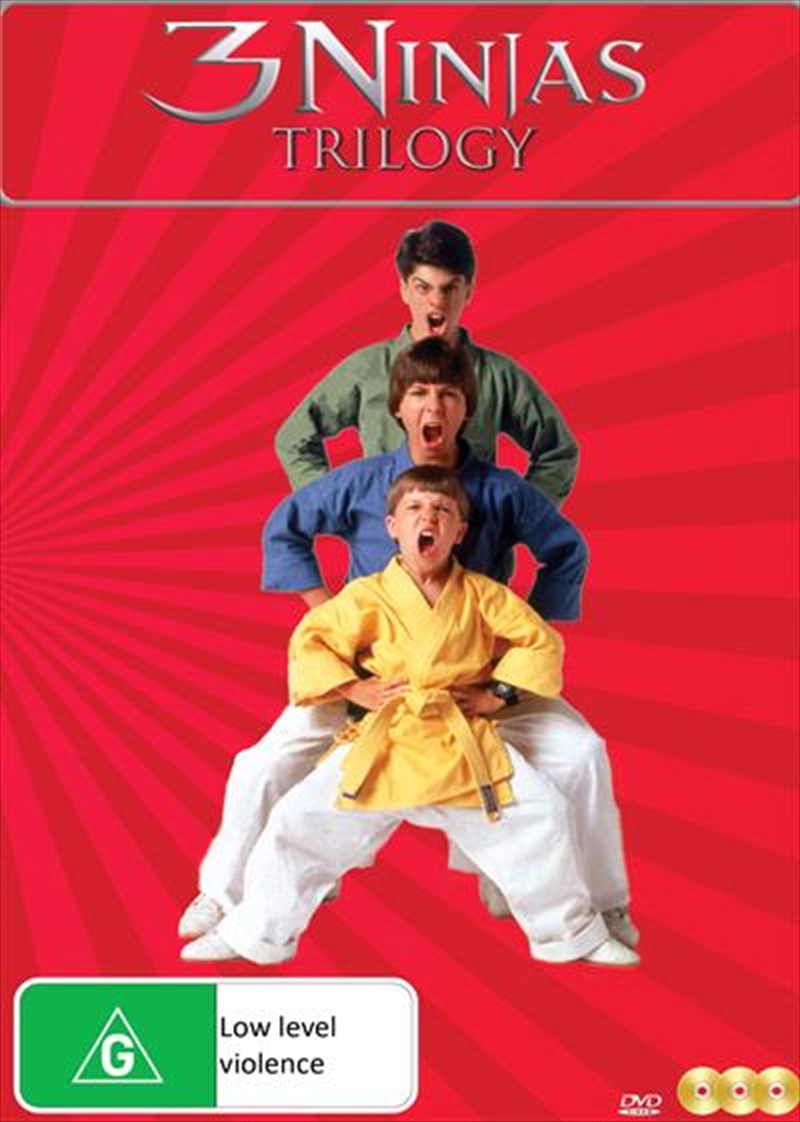 Rocky, Colt, and Tum Tum are older, more advanced and back for non-stop Ninja action in three full-length movies: Kick Back, High Noon at Mega Mountain, and Knuckle Up. These three Ninja brothers battle evil at every turn.
1. Three Ninjas Kick Back - Following their grandfather to Japan, the three underage ninjas find themselves in the middle of martial arts mayhem. Pursued by a bumbling trio of brain-dead thieves and an army of well-trained ninjas, Rocky, Colt, and Tum Tum are up to their ears in high-kicking action and rapid-fire comedy.
2. 3 Ninjas: High Noon at Mega Mountain - While having a blast at their favorite amusement park, Mega Mountain, the Ninja brothers witness the kidnapping of TV action superstar Dave Dragon (Hulk Hogan) by evil Lothar Zogg (Jim Varney) and his kid-hating boss, Medusa (Loni Anderson). Join Rocky, Colt and TumTum for a rollercoaster ride of fun, action and comedy.
3. Three Ninjas Knuckle Up - It's a triple threat of fun, action and comedy when Rocky, Colt and Tum Tum's friendship with a local Native American girl, Jo, pulls them into a modern-day battle between the local Native Americans and a corrupt businessman. Armed with makeshift weapons and Native American lore, the three ninjas take their war party into the heart of enemy territory - the fortress-like Harding Waste Plants - for a show-stopping showdown of action and entertainment that everyone will enjoy.