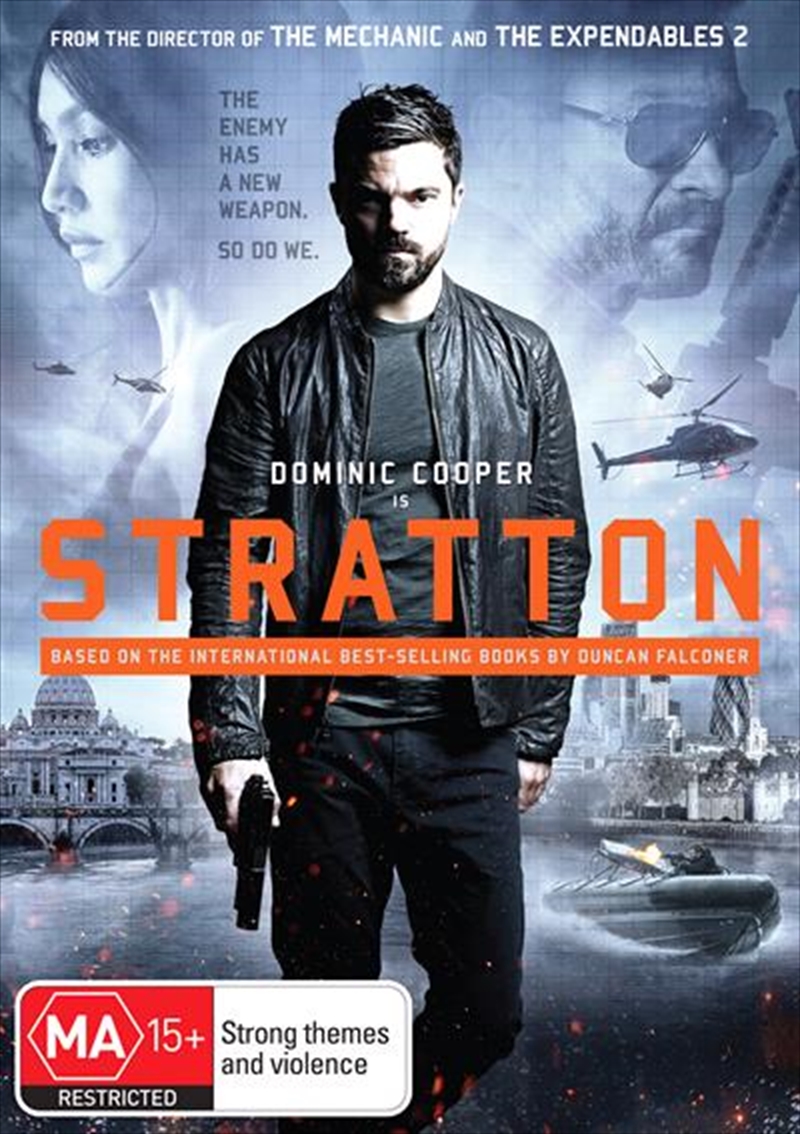 Shipping - See delivery options.
Postcode:
Quantity:
SEE MORE IN:
3 for $30 Movies & More
DESCRIPTION
The enemy has a weapon. So do we.

When a complex joint British/US military operation goes horribly wrong in Iran, elite SBS member John Stratton is summoned by the top-brass at MI6. They have intel that a former soviet operative has gone rouge and plans to take revenge on his former paymasters by using stolen chemical weapons. Now Stratton and his team must draw on their extensive training to stop the unimaginable happening. Get ready for the thrills of Mission Impossible and the intrigue of Jason Bourne as an all-star cast come together in Stratton based on the international best-selling series of books by Duncan Falconer (himself a former member of the elite Special Boat Services).
TRAILER
DETAILS