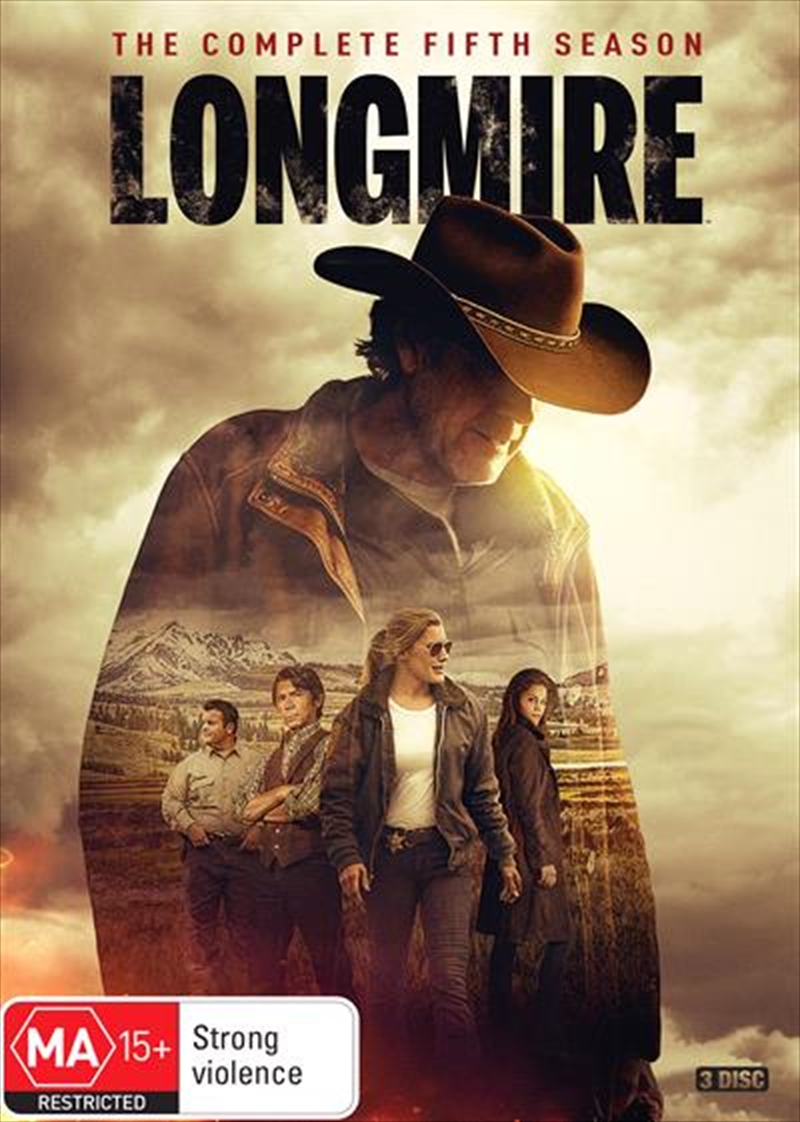 Based on the Walt Longmire mystery novels by Craig Johnson, contemporary crime thriller Longmire returns to Absaroka County for season five with Sheriff Walt Longmire (Robert Taylor) in the crosshairs of a wrongful-death civil suit by Barlow Connally's estate. With his best friend, Henry Standing Bear (Lou Diamond Phillips) and daughter, Cady (Cassidy Freeman) working for his nemesis, Jacob Nighthorse (recurring guest star A Martinez), and new mysteries and cases weighing down Walt and his team of deputies, Vic Moretti (Katee Sackhoff) and the Ferg (Adam Bartley), the noble but stubborn Wyoming Sheriff doubles down on his own self-reliance. And it just might be his downfall...
TRAILER
DETAILS