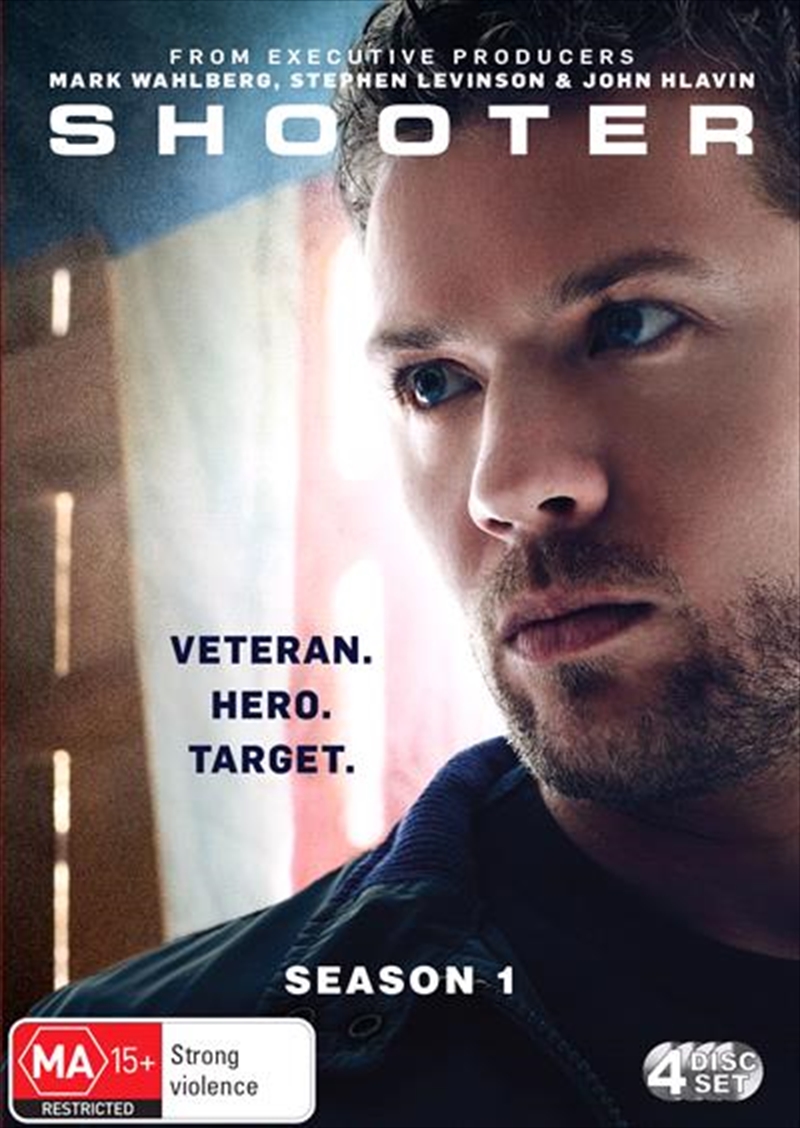 Shipping - See delivery options.
Postcode:
Quantity:
SEE MORE IN:
2 for $40 TV All 2 for $40
DESCRIPTION
A Hero's Fight is Never Over

SHOOTER is USA Network's new conspiracy thriller based on the best-selling novel "Point of Impact" by Stephen Hunter, and the 2007 Paramount film starring Mark Wahlberg. Starring Ryan Phillippe, the series follows the journey of Bob Lee Swagger, a highly-decorated veteran who is coaxed back into action to prevent a plot to kill the President. When Swagger's former commanding officer Isaac Johnson solicits his expertise in a clandestine operation, Swagger discovers that he has been framed and must do everything in his power to protect his family and clear his name.
TRAILER
DETAILS