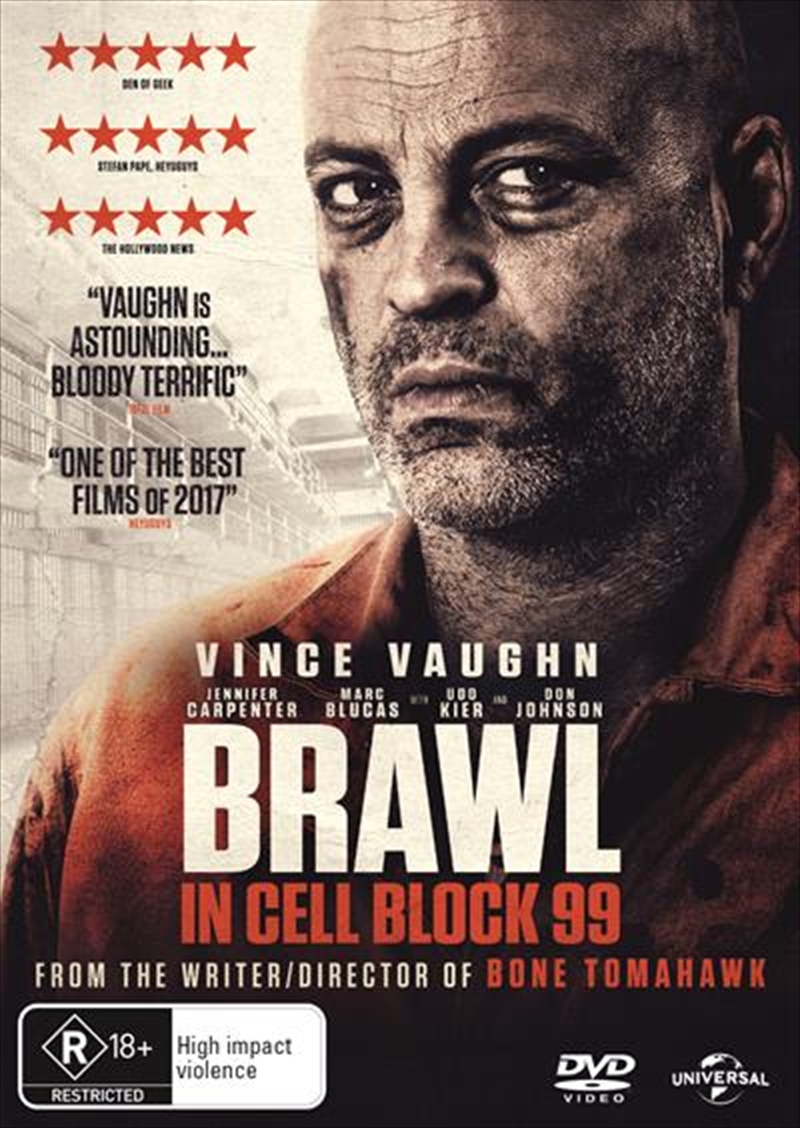 Bradley, (Vaughn) is long recovered alcoholic with severe anger management issues - struggling to make ends meet. In an attempt to make a better life for himself and his wife and fulfil their dreams of having a child, he turns to drug smuggling. During the handover things go south and the police discover them. During a violent shootout, Bradley sacrifices his chance of escape to ensure that none of the police get hurt. This choice lands them all in prison. His partners set on revenge, kidnap his now pregnant wife. Trapped in prison, Bradley becomes a deadly man on a mission, securing the safety of his wife and unborn child and killing any one who gets in his way.

It’s not often in today’s numb world that you would call a movie’s violence offensive and hard to take but Zahler’s ability to conjure up some incredibly unhinged beatdowns and deaths makes Brawl a film that will lure viewers into a lull then shock them back to life with an intense, uncompromising and wince-inducing finale that will make you look at Vaughan in a completely different light.

Quite possibly sick of his comedic roles, Vaughan has over recent year’s tried his hand in roles and production’s you normally wouldn’t associate him with. The misunderstood and unfairly derided True Detective season 2 on HBO and film’s like Hacksaw Ridge and Term Life all showcased an actor looking to push himself but Brawl really is his career changer.

Not often showing a skerrick of emotion, other than a bout of violent outbursts or sadness at drug addicts that bring back painful memories, Bradley is a stoic and unmovable creation, a man whose task at hand will be meet no matter the costs or consequences.

With a shaved head, a prominent head tattoo and a towering psychical prowess, Vaughan cuts an imposing figure as Bradley and his incarnation will likely be one of the actors most memorable and well-regarded turns, even if the film he is in isn’t a film likely to be remembered in years to come.

Not for the faint of heart, Brawl takes too long to get places but once it does get a move on this is a film that you won’t be able to turn away from. Elevated by Vaughan’s against type turn and Zahler’s ability to go to the next level of movie carnage, Brawl in Cell Block 99 tells a rather generic story in a slowly paced and untypical fashion.
See more from The Movie Guys on their website