Knowing What You Know Now 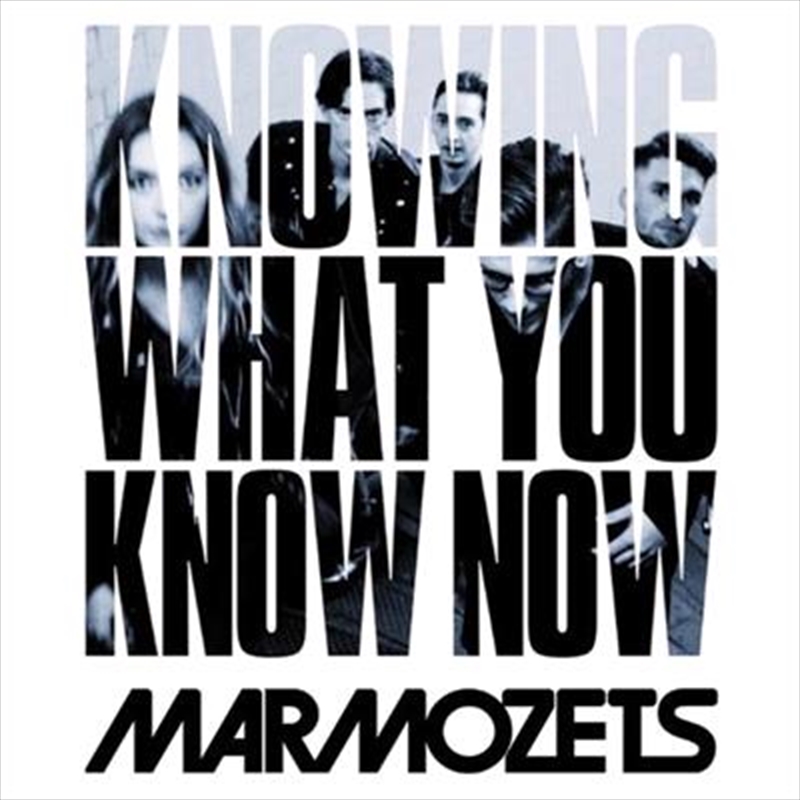 Knowing What You Know Now

Knowing What You Know Now – which follows 2014’s breakthrough debut album, The Weird And Wonderful Marmozets – is undoubtedly the British rock band’s most ambitious and provocative work thus far. Recorded by legendary producer Gil Norton (Pixies, Foo Fighters) at Monnow Valley Studio in Monmouthshire, Wales, the album sees Marmozets pushing themselves harder than ever before in a wide range of new angles and directions. Songs like the pulse-quickening band favorite, “Major System Error,” and the stark, somber “Me & You,” reveal remarkable depth and power, more than affirming Marmozets as a major creative force unlike any other.

Marmozets earned instant attention upon their arrival on the rock scene, earning applause and a fervent fan following with their uniquely anthemic compositions, each underlined by cosmic vocal flourishes and meticulously calculated grooves. Born in Bingley, Yorkshire, the band – which unites siblings Becca MacIntyre (vocals) and Sam MacIntyre (vocals/guitar), and Josh MacIntyre (drums) with brothers Jack Bottomley (guitar) and Will Bottomley (bass) – named by Kerrang! in 2013 as “the best young band in Britain” after two years of chaotic live performances and series of increasingly more acclaimed independent releases.

The Weird And Wonderful Marmozets arrived via Roadrunner in 2014 and was greeted with unprecedented acclaim from a range of international publications. “As fine an articulation of the thrills, spills and general confusion of being young and different in the U.K. as you're likely to hear,” exclaimed Kerrang! before honoring The Weird And Wonderful Marmozets as the year’s “Best Album” at the 2015 Kerrang! Awards. Q applauded the album as “a very impressive, ambitious debut,” while Noisey highlighted vocalist Becca Macintyre as someone who, “could be instrumental in a big change for British rock… Becca is challenging British rock and setting a high bar for other bands because she’s just an amazing fronthuman.” Alternative Press placed The Weird And Wonderful Marmozets at #5 on its “10 Essential Albums of 2014,” noting “Marmozets’ hybrid of pop smarts, high musicianship, noise theory and abundant hard-rockin’ energy…You would need massive amounts of time on your hands in order to write, refine and record a debut album as thrilling as The Weird And Wonderful Marmozets.” The Guardian extolled “the dynamism of the music: although songs flit around from riff to riff, as if Marmozets were bursting to fill each song with ideas, they are never too full, never just exercises in technique.” “From pure musical savagery to substantially more melodic passages, this is a record that packs its punches in all manner of ways,” hailed The Line of Best Fit. “It’s surely only a matter of time before (Marmozets are) razing the main stages to the ground.
DETAILS

Title: Knowing What You Know Now