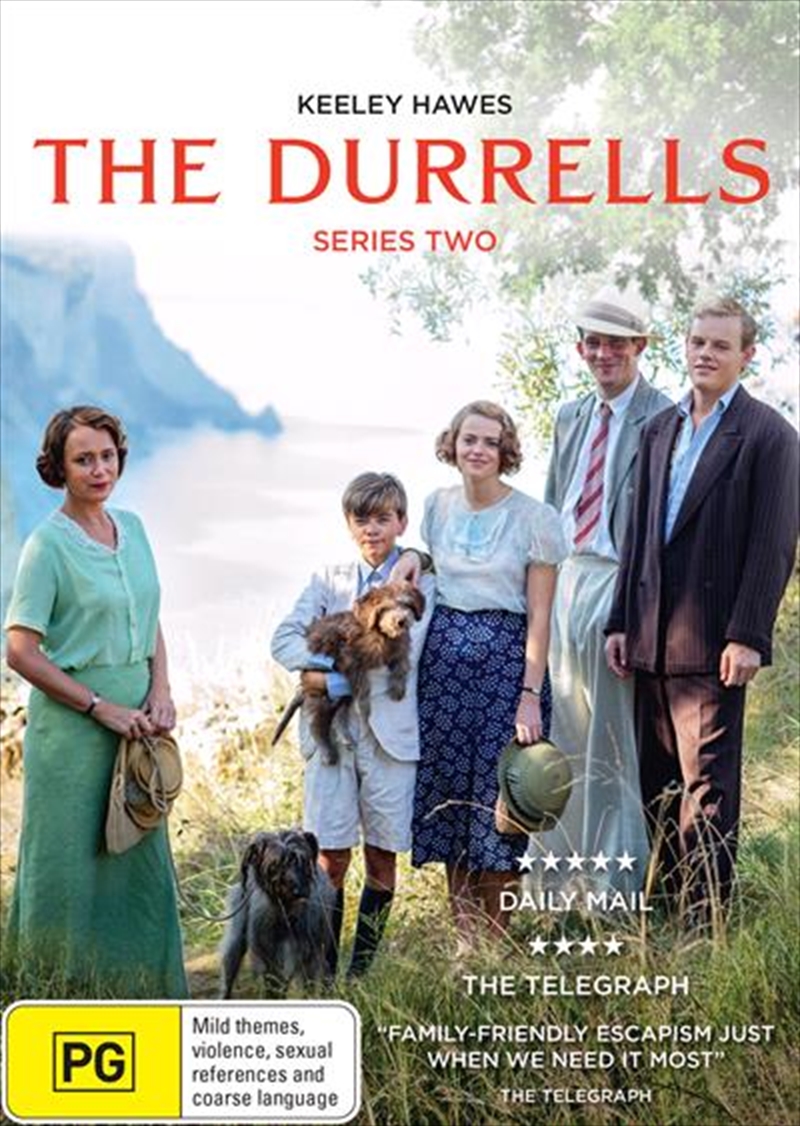 Shipping - See delivery options.
Postcode:
Quantity:
SEE MORE IN:
2 for $40 TV The Durrells All 2 for $40
DESCRIPTION
We return to Durrell family life in sun drenched Corfu. Perennially poor, Louisa declares that things must change and decides to sell what meagre produce they can raise from their land at the local market.A feral Gerry is blissfully happy with his many animals that are invading the house and decides to start a breeding program for a new species he has discovered. Larry suffers from writers block and Lesley attempts to keep a terrible secret from Gerry. Margo develops romantic feelings for a monk whilst Louisa meets a charming Englishman who she refuses to be seduced by. Meanwhile their beautiful yet incredibly jealous new landlady, Vasilia, watches from afar and intends on making life very difficult for Louisa.At last, the familys money problems seem to be solved, until its revealed that Louisas English cooking may have poisoned the people of Corfu
DETAILS