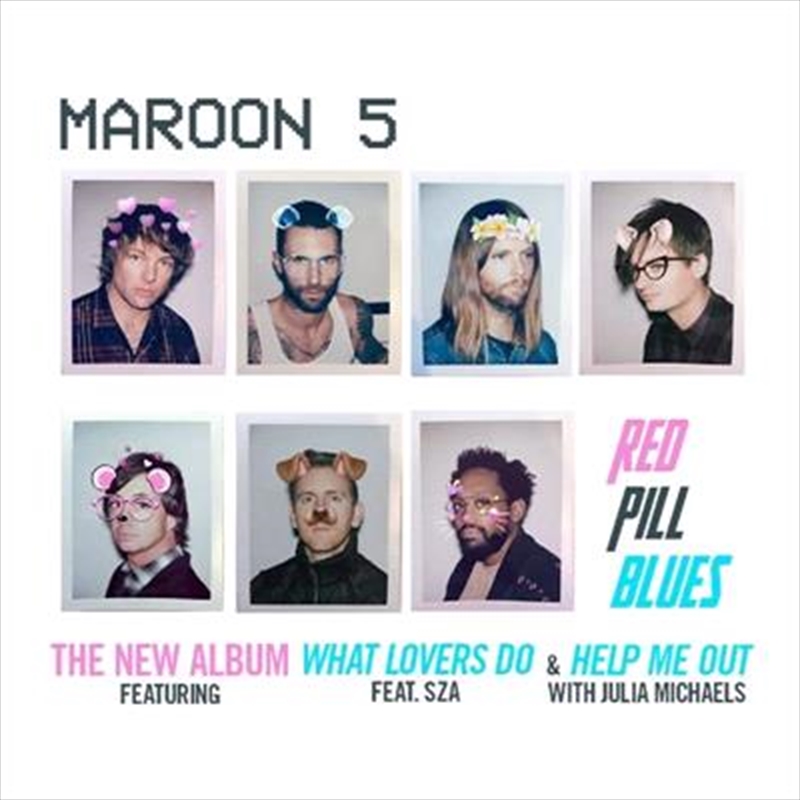 Maroon 5 stand out as not only one of pop music’s most enduring artists, but also one of the 21st century’s biggest acts. To date, the universally renowned Los Angeles band have achieved three GRAMMY® Awards and become “the most successful group in the history of the Billboard Hot 100” with 12 Top 10 entries, sold over 20 million albums and 48 million singles worldwide. The band has additionally earned gold and platinum certifications in more than 35 countries. Maroon 5 won over fans and critics alike with the hybrid rock/R&B sound they introduced on their debut album, Songs About Jane and their double platinum album, It Won't be Soon Before Long. In 2010, the band released their third studio album, Hands All Over, which featured the hit singles “Misery” and the anthemic “Moves Like Jagger,” which has become one of the best-selling singles of all time. In 2012, Maroon 5 released Overexposed, which quickly reinforced the group’s status as a powerhouse in popular music with all of the collection’s singles rising to the top of the charts. The band quickly also set a record for the most #1’s (six in total) by a group in the Top 40 chart’s 20-year history. Maroon 5’s most recent studio album, V, debuted at #1 on Billboard’s Top 200 chart and featured the hit singles “Maps,” “Animals” and “Sugar,” all of which went #1 on the Top 40 chart. The music video for the album’s GRAMMY- nominated single "Sugar" has notably logged a record setting 2+ billion views to date. 2017 saw the musicians release two additional chart-topping singles, “Don’t Wanna Know” and “Cold,” as well as close out a massive world tour that touched down in 30-plus countries for 120 concerts in front of more than 2.5 million fans.

What Lovers Do ft. SZA

Help Me Out with Julia Michaels

Who I Am ft. LunchMoney Lewis