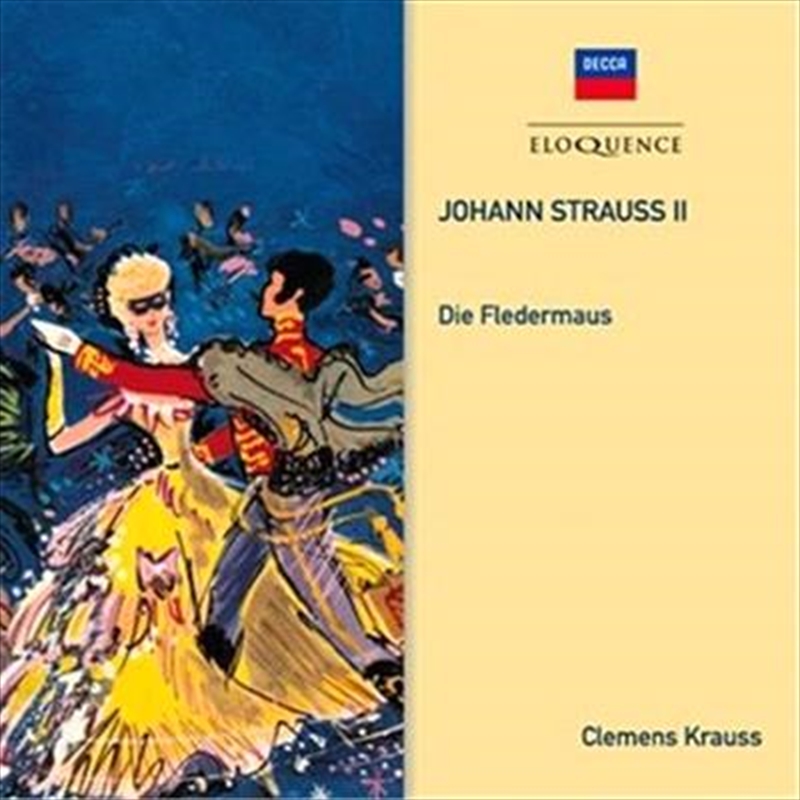 DESCRIPTION
Still considered by many to be the finest recording ever made of the jewel in Viennese operetta: Die Fledermaus was one of a trio of Strauss-family recordings made by Clemens Krauss for Decca in the early 1950s. It is now reissued by Eloquence, in a new remastering and with fresh editorial retrospectives on the special chemistry between composer, conductor and orchestra. At the time of its premiere in 1885, Die Fledermaus attracted censure for singing the praises of champagne while many of the inhabitants of Vienna were starving or on the breadline. Today, however, the piece delights audiences worldwide, above all when it is celebrated in a performance by its native interpreters, the Vienna Philharmonic, with Clemens Krauss conducting. When Decca made this recording in September 1950, the city and its inhabitants were still recovering from wartime privations just as Strauss’s first audience had been. Krauss himself had worked with the Philharmonic throughout the war, and he cast this Fledermaus from among his circle of friends in Vienna: Wilma Lipp, Julius Patzak, Alfred Poell, Kurt Preger, all local singers, in command of Vienna’s particular dialects of speech and song. ‘This 1950 Fledermaus has consistently rated at the top of all performances. Clemens Krauss is simply the finest-ever conductor of the Viennese waltz genre. There is a joie de vivre here, despite the grimness of life in occupied Vienna in 1950, that hasn't been equalled elsewhere. Also, the soloists are among the finest Vienna has produced and are all first-class.’ Fanfare magazine, Nov/Dec 1992
DETAILS