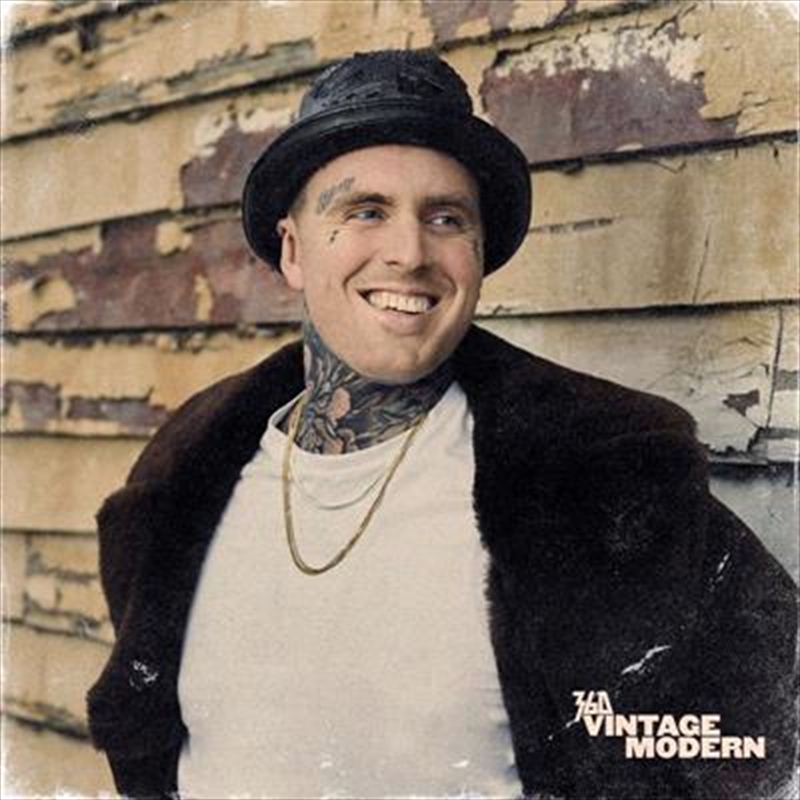 Almost six years to the day since revolutionizing Australian hip-hop with the multi-platinum Falling & Flying, 360 remerges with a pointed return-to-form in his fourth studio album, Vintage Modern. Finding 360 in peak form, an artist re-invigorated by a new lease on life and reborn career after overcoming a very public battle with addiction and mental health, Vintage Modern is a career defining piece, driven by 60’s characteristic charm and honesty, introspection, social commentary and trademark electrifying production.

After taking the unorthodox approach of writing the bulk of the album as acoustic pieces before involving any production, 360’s songwriting on Vintage Modern is provided a lush sonic backbone of guitars and live instrumentation fused with contemporary rap sounds, all of which replace the heavy synths and electronic drops his music is traditionally known for.

After a period of disconnect post-Utopia, 360 has teamed with a familiar tight knit production crew to create Vintage Modern, including longtime collaborator Styalz Fuego, executive producer Nic Martin and chief instrumentalist and songwriter Carl Dimataga. Utilizing a predominantly local team of young emerging guests, songwriters, vocalists and musicians, the album is truly a locally crafted, back to basics affair, exactly how 60 wanted.