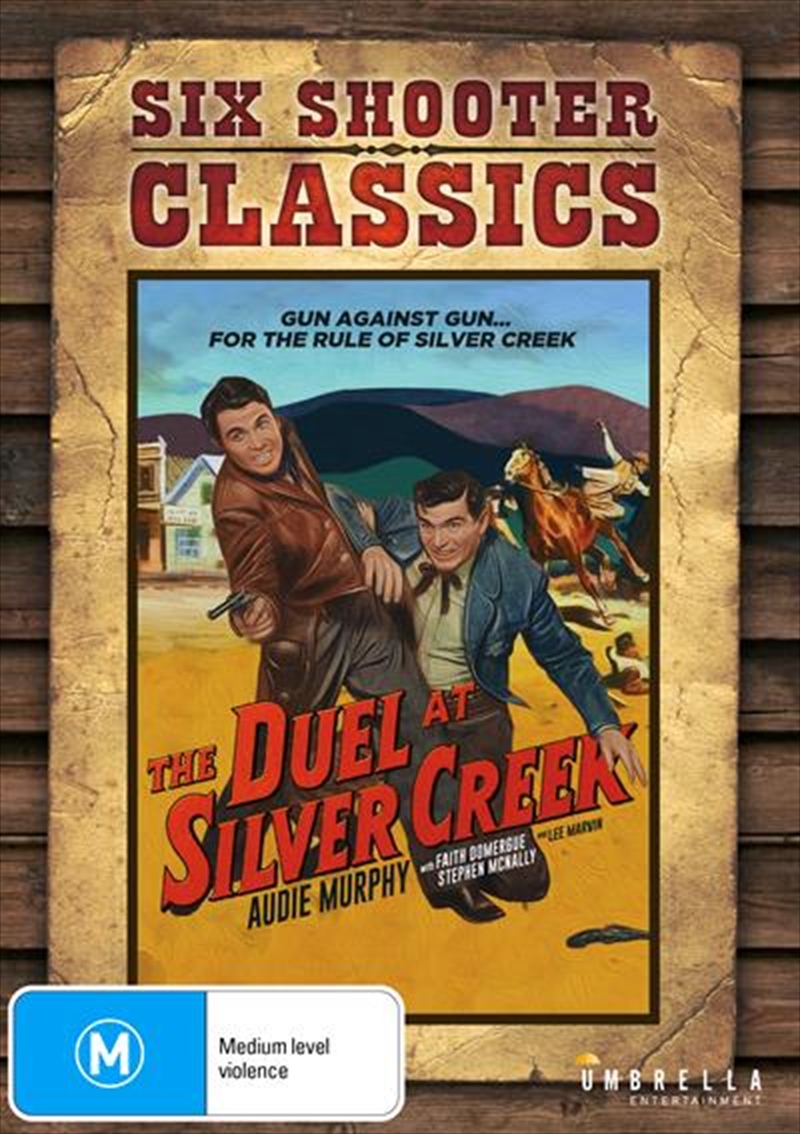 Shipping - See delivery options.
Postcode:
Quantity:
SEE MORE IN:
3 for $20 Movies & More
Gun Against Gun For The Rule Of The Town!

Celebrated war hero Audie Murphy packs a two-fisted punch in this action-filled western adventure, which also features legendary Oscar winner Lee Marvinin one of his first screen appearances.Stephen McNally is Lightning Tyrone, the quick-drawing marshal of Silver City who's intent on capturing a ruthless gang of claim jumpers that have been terrorising and murdering local miners - including his best friend. After losing the use of his famed trigger finger in a shootout, Lightning deputises the sharp-shooting Silver Kid (Murphy), whose own father was killed by the gang, to help bring the outlaws to justice. But their plans are complicated when Lightning falls for the beautiful new lady in town (Faith Domergue) whose interest in the marshal is a thin disguise for her own dangerous agenda, in this unforgettable drama brimming with pulse-pounding thrills, danger-tinged romance, and gun-blazing glory!