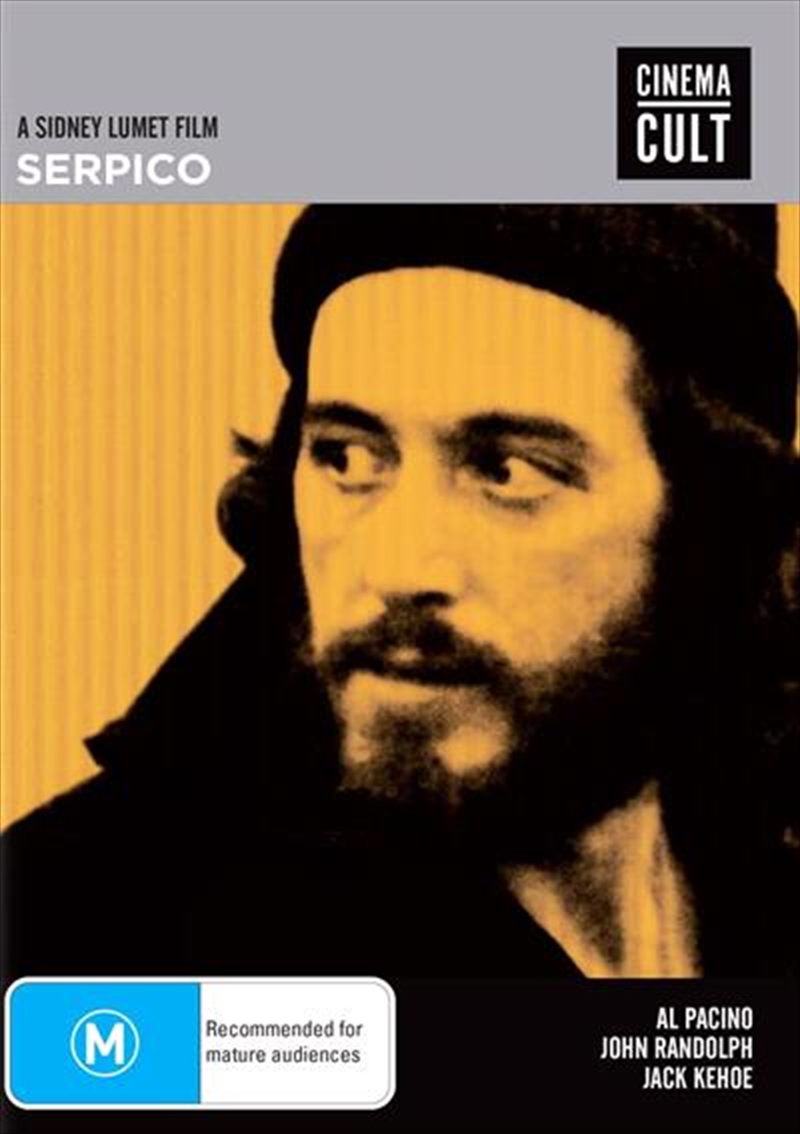 SEE MORE IN:
3 For $20 Movies & More
DESCRIPTION
Many of his fellow officers considered him the most dangerous man alive - An honest cop.

Adapted by Waldo Salt and Norman Wexler from Peter Maas's book, Sidney Lumet's drama portrays the real-life struggle of an honest New York City cop against a corrupt system. Neophyte officer Frank Serpico (Al Pacino) is determined not to let his job get in the way of his individuality. Appalled by the extent of police corruption, Serpico goes to his superiors, but when he discovers that they have ignored his charges, he takes the potentially fatal step of breaking the blue wall of silence and going public with his expos. Serpico's revelations trigger an independent investigation by the Knapp Commission, but they also make him a marked man, permanently changing his life. Shot on location with a gritty emphasis on documentary-style realism, Serpico presents a city in decay both literally and morally, as everybody is in on the take, and the cops and criminals are almost interchangeable. Released in late 1973, after months of revelations of Presidential malfeasance in the breaking Watergate scandal, Serpico's true story of bureaucratic depravity touched a cultural nerve, and the film became a hit with both critics and audiences, particularly for Pacino's complex performance as the honest, long-haired whistle-blower.
DETAILS