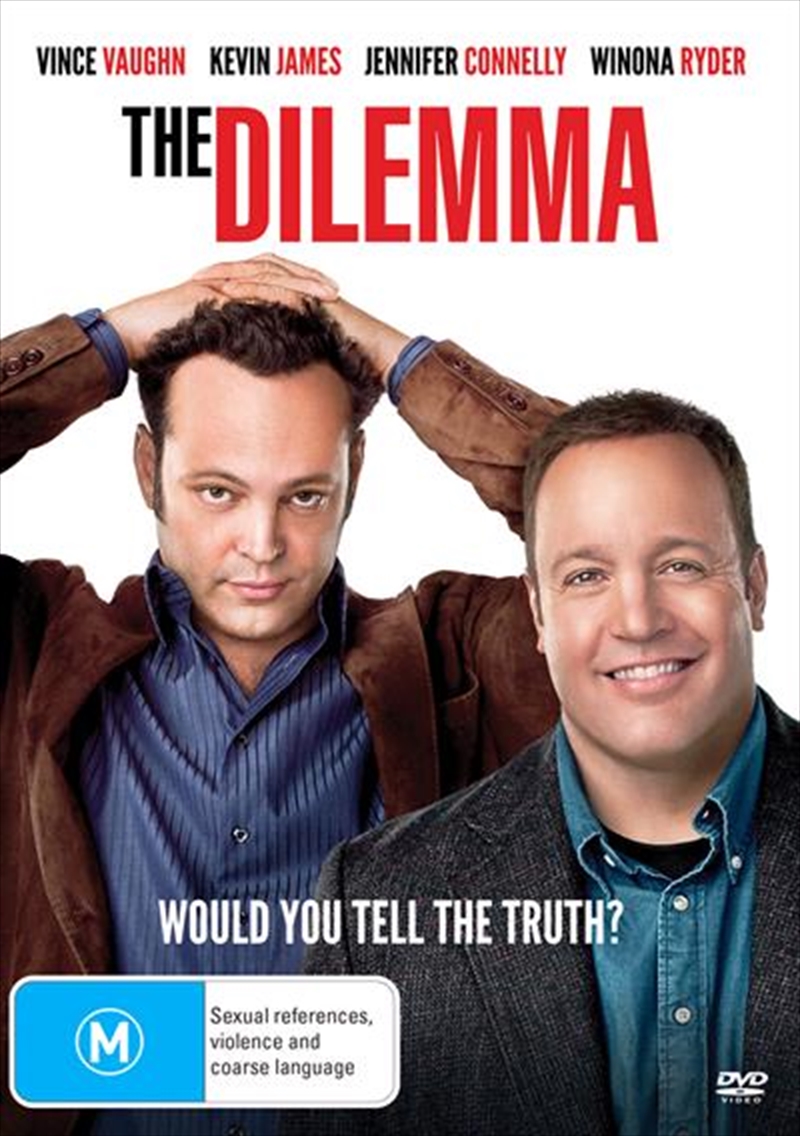 Shipping - See delivery options.
Postcode:
Quantity:
SEE MORE IN:
Shocking Clearance
DESCRIPTION
Two best friends. Nothing could come between them... or could it?

Longtime friends Ronny (Vince Vaughn) and Nick (Kevin James) are partners in an auto-design firm. They are hard at work on a presentation for a dream project that would really launch their company. Then Ronny spots Nick's wife out with another man, and in the process of investigating the possible affair, he learns that Nick has a few secrets of his own. As the presentation nears, Ronny agonizes over what might happen if the truth gets out.
TRAILER
DETAILS