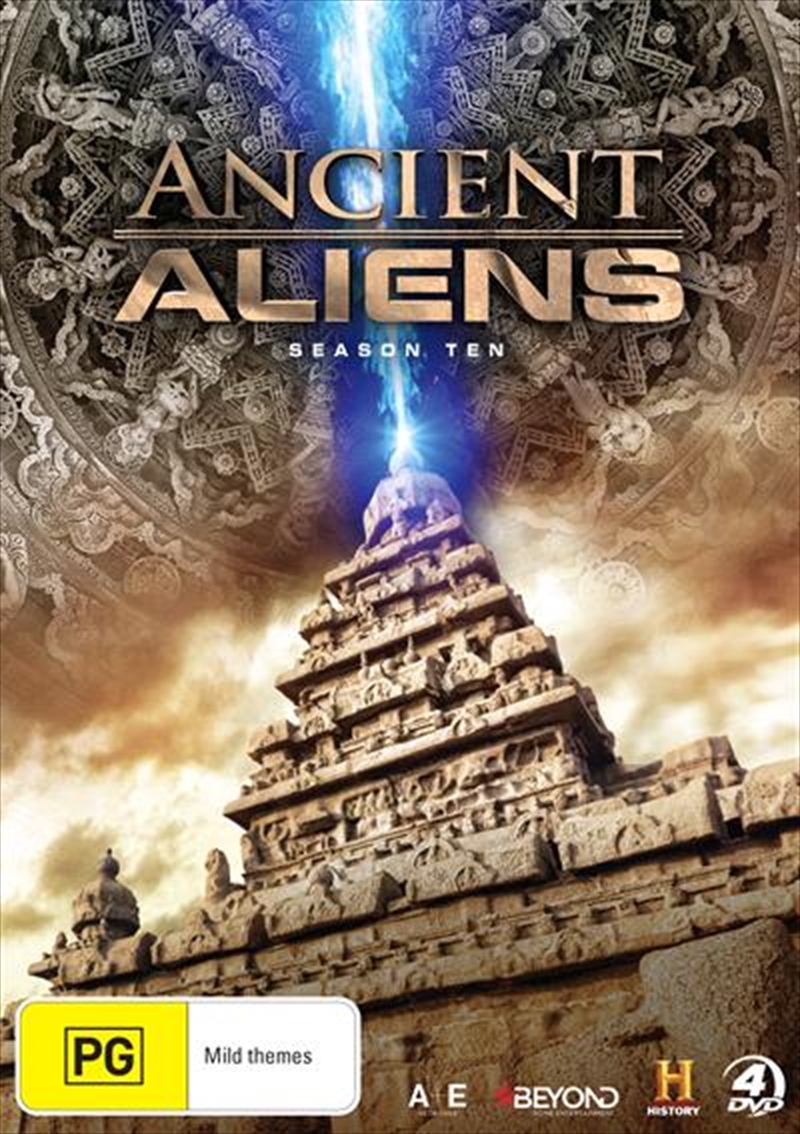 On this season of ANCIENT ALIENS, we uncover more astonishing new evidence of extra-terrestrial intervention on Earth than ever before, including an aluminium object that resembles the foot of a lunar lander but inexplicably dates to over 40,000 years ago. In India, a thousand-year-old mask is discovered that looks identical to the face of a grey alien. Newly uncovered records from Russia indicate that in 1948, an ancient rocket was discovered in Kiev. Is it possible that we are on the brink of a re-connection with our alien ancestors? Watch and find out!