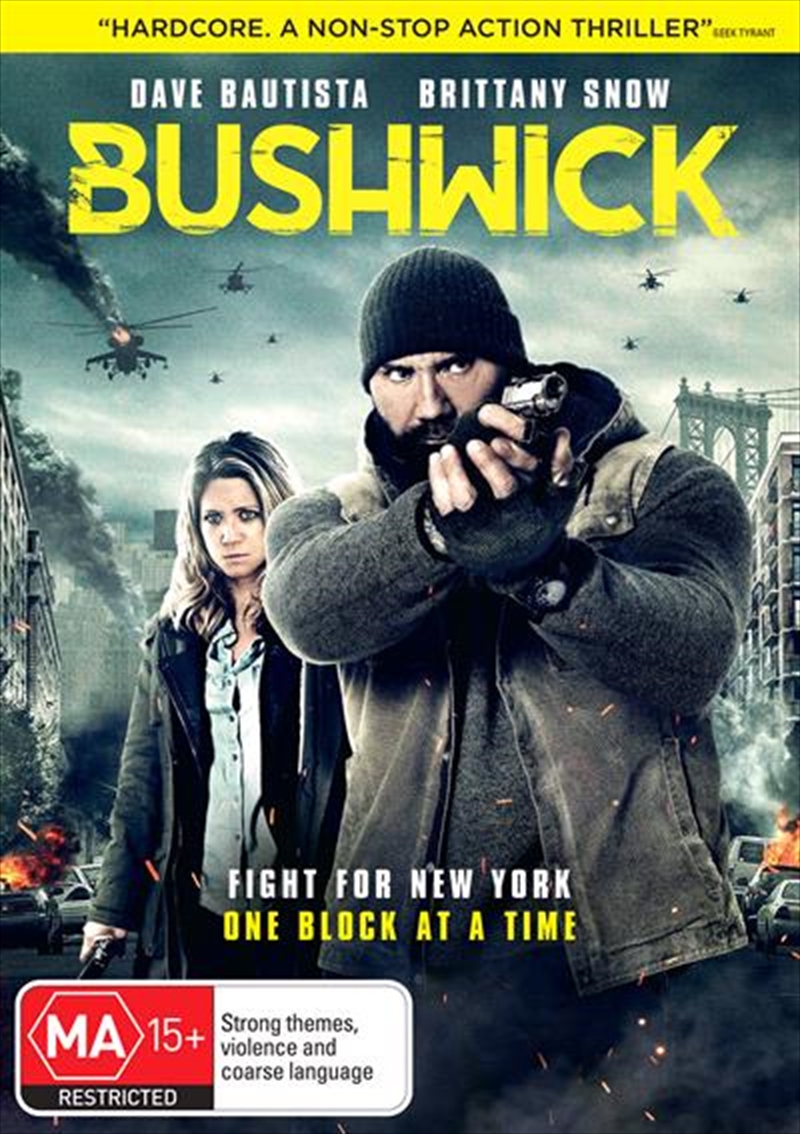 As America stands on the brink of a second civil war, Lucy (Brittany Snow) steps off the subway and walks into a bloodbath on the streets of her Brooklyn neighbourhood of Bushwick. Unbeknown to the civilian population, Texas is attempting to secede from the United States and black-clad militia forces have descended upon New York City. Faced with a flurry of whizzing bullets and total destruction around every corner, Lucy takes shelter in the basement apartment of Stupe (Dave Bautista). A burly ex-Marine, he reluctantly helps her traverse the treacherous five-block stretch of Bushwick to reach the demilitarised zone. Immerse yourself in the pulse-pounding action as Lucy and Stupe fight local gangs, riots, and continued attacks from the invading soldiers, in their attempt to escape the city in this violent and provocative story of survival.