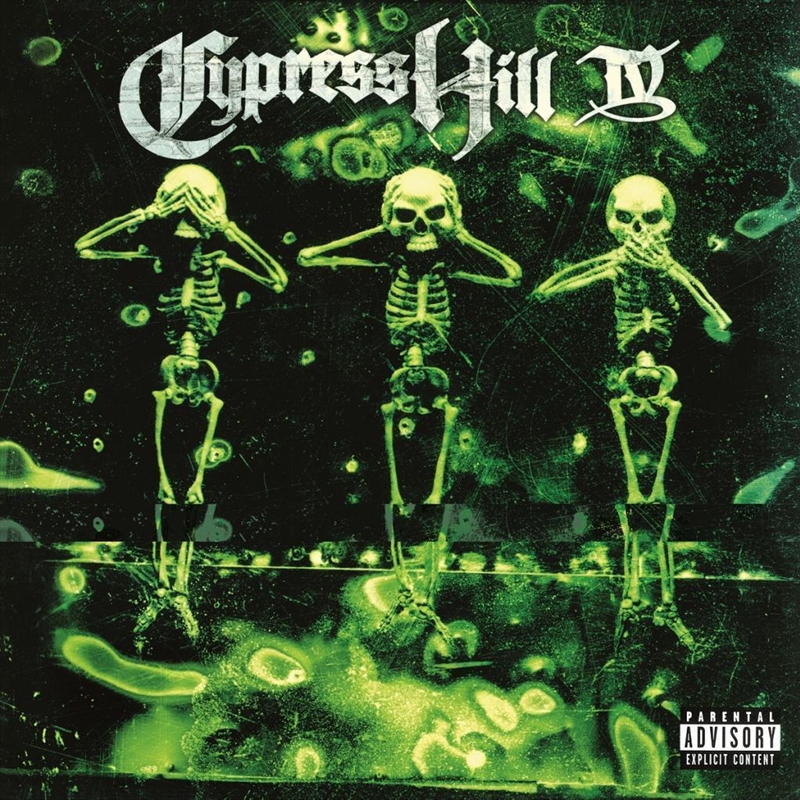 After barely escaping Cypress Hill III (Temples Of Boom) with their souls intact, the members of Cypress Hill took time off to pursue separate projects. B-Real recorded and toured with Psycho Realm, DJ Muggs produced the well-received Soul Assassins album, and Sen Dog left the group for a while, only to return to the fold for Cypress Hill IV, a remarkably strong album that finds the band revisiting familiar terrain with renewed vigor. Cypress Hill has never had a particularly expansive lyrical base, but Cypress Hill IV finds B-Real and company milking their subjects of choice—weed, violence, the soul-robbing misery of urban life—to haunting and often memorable effect. From its first track on, IV is rock-solid, with B-Real's nasal flow nicely complemented by DJ Muggs' stellar production.

Sen Dog's contributions to the disc are negligible, confined mainly to grunting or barking incoherently on about every other track. But Soul Assassins' Barron Ricks makes a strong impression on tracks like "I Remember That Freak Bitch (From The Club)," an ambiguous "She's Crafty"-style ode to a woman whose aggressive control of her sexuality results in both admiration and hostility. Other highlights include "Looking Through The Eye Of The Pig," a seemingly Bad Lieutenant-inspired character study of a corrupt cop, the Latin guitar-driven "Tequila Sunrise," and the anthemic "Dr. Greenthumb," one of several odes to pot.

And while a few slow moments are scattered among the album's 17 songs, DJ Muggs' endlessly inventive production keeps things from getting too bogged down. At this point it would be easy for Cypress Hill to coast on its reputation, but IV finds the band still making music that matters.

1 Looking Through The Eye Of A Pig

3 From The Window Of My Room

4 Prelude To A Come Up (Featuring Mc Eiht)