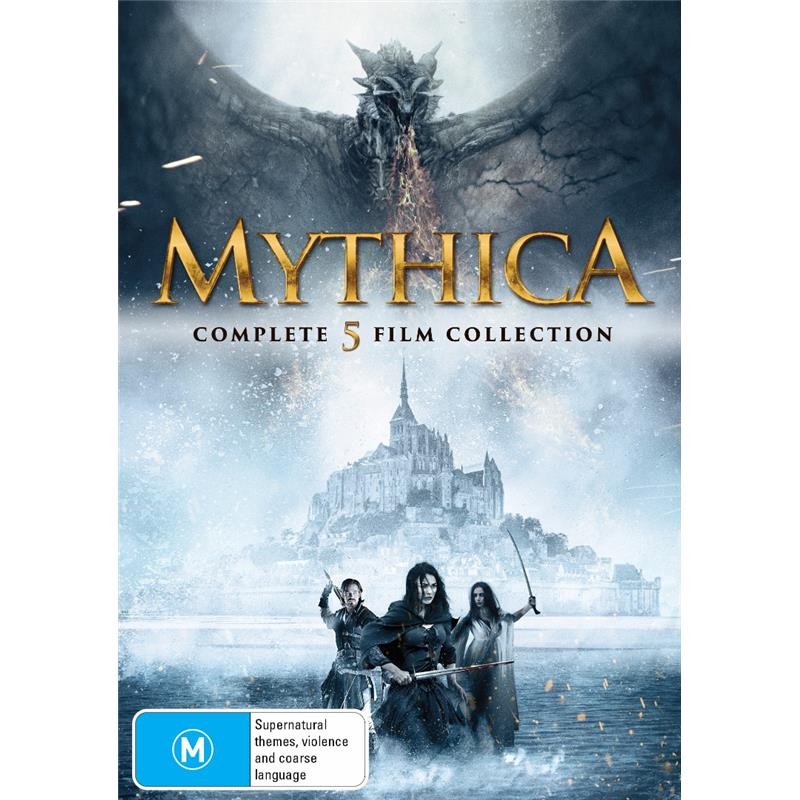 In 'Mythica: A Quest for Heroes' (2015), after fleeing from her abusive master, slave girl Marek (Stone) joins the crew of priestess Teela (Nicola Posener), whose sister Caeryn (Natalie Devine) has been kidnapped by a wild ogre.

Fighting alongside Teela's loyal followers, warrior Thane (Adam Johnson) and elf Dagen (Jake Stormoen), Marek must learn to harness her inherent magical abilities to conquer the hordes of enemies they encounter in the quest to rescue Caeryn.
'Mythica: The Darkspore' (2015) follows Marek and her band of heroes as they find themselves in a race to recover a stolen relic, known as the Darkspore, before Szarlok (Matthew Mercer) is able to harness its immense power.
In her quest, Marek is pursued by new enemy Kishkumen (Ryan Palmer) as well as bounty hunters intent on returning her to slavery.

In 'Mythica: The Necromancer' (2015) Peregus Malister (Robert Jayne), master of the Thieves Guild, has taken Thane hostage and it's up to Marek and her friends to save him. To do so, they must help Marek's former owner by tracking down a rogue smuggler but face many unexpected dangers along the way.

'Mythica: The Iron Crown' (2016) sees Marek steal the last shard of the legendary Darkspore with the intention of bringing the artefact to the gods who can protect it from those who would abuse its power.

Unfortunately for Marek and her companions, she is being hunted by the very people she is trying to get away from. She must fend off those dangers and deliver the Darkspore before a dreaded necromancer can use it to summon his dark servants and cover the world in darkness.

Finally in 'Mythica: The Dragon Slayer' (2016), time is running out for Marek, Dagen and their allies as they try to defeat the Lich King and protect the world from the chaos he is unleashing.

His hellish minions and dark sorcery threaten to cast down the gods themselves and plunge the world into eternal darkness. Marek's only hope is to obtain a legendary artefact of the gods and draw out the power within herself before her arduous journey proves to have been in vain.