Transformers - Revenge Of The Fallen 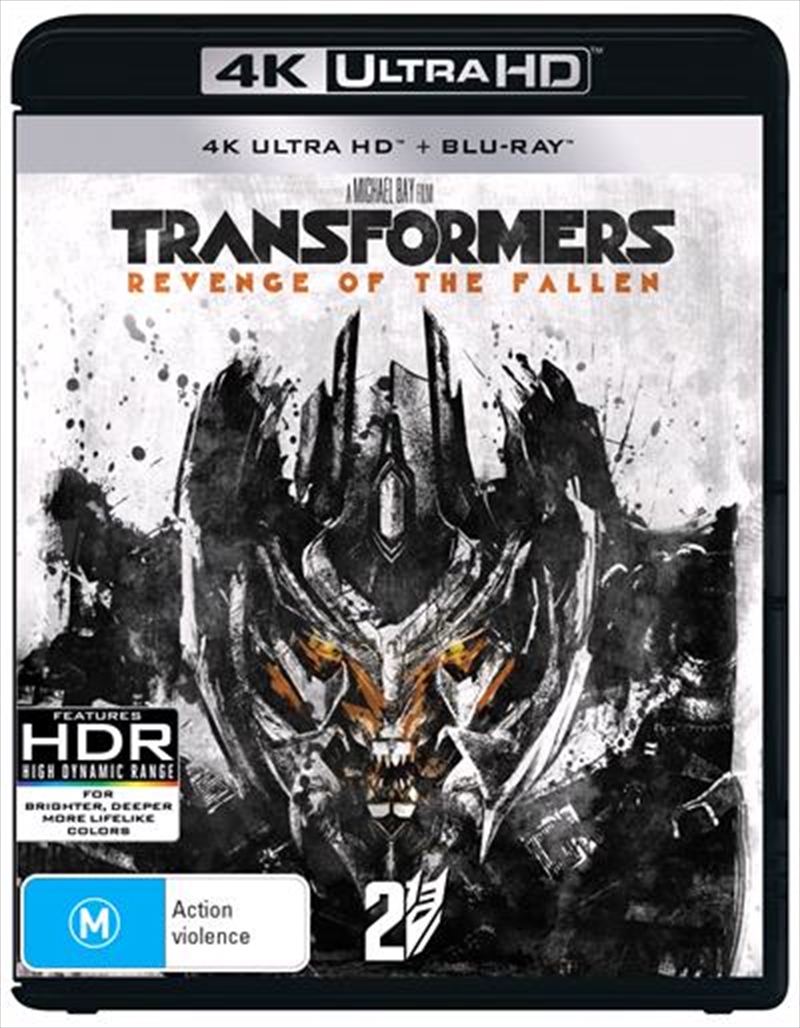 Transformers - Revenge Of The Fallen

Shipping - See delivery options.
Postcode:
Quantity:
SEE MORE IN:
Transformers 4K UHD 2 for $30 4K UHD
DESCRIPTION
Megatron is dead, and the Autobots now live on earth in peace. However, in a distant galaxy, Starscream has declared himself the new leader of the Decepticons, which angers those loyal to Megatron, particularly Soundwave. Soundwave, who is able to give life back to fallen robotic organisms, leads his own band of Decepticons to earth to resurrect Megatron. To make matters worse, Starscream has heard of an energy source birthed from the Allspark by Sector 7, and he leads his own band to earth as well to take that source of energy. However, Soundwave cannot complete the resurrection without another energy source known as the Creation Matrix, which just so happens to be in the possession of Optimus Prime. With one band of Decepticons closing in on Optimus Prime and another band of Decepticons looking for the ultimate power, the Autobots, as well as Sam, Mikaela, and the former members of Sector 7, find themselves caught in the middle of a Decepticon civil war that could ravage the planet, and they must fight their way out of it in order to save the human species from extinction.
TRAILER
DETAILS

Title: Transformers - Revenge Of The Fallen