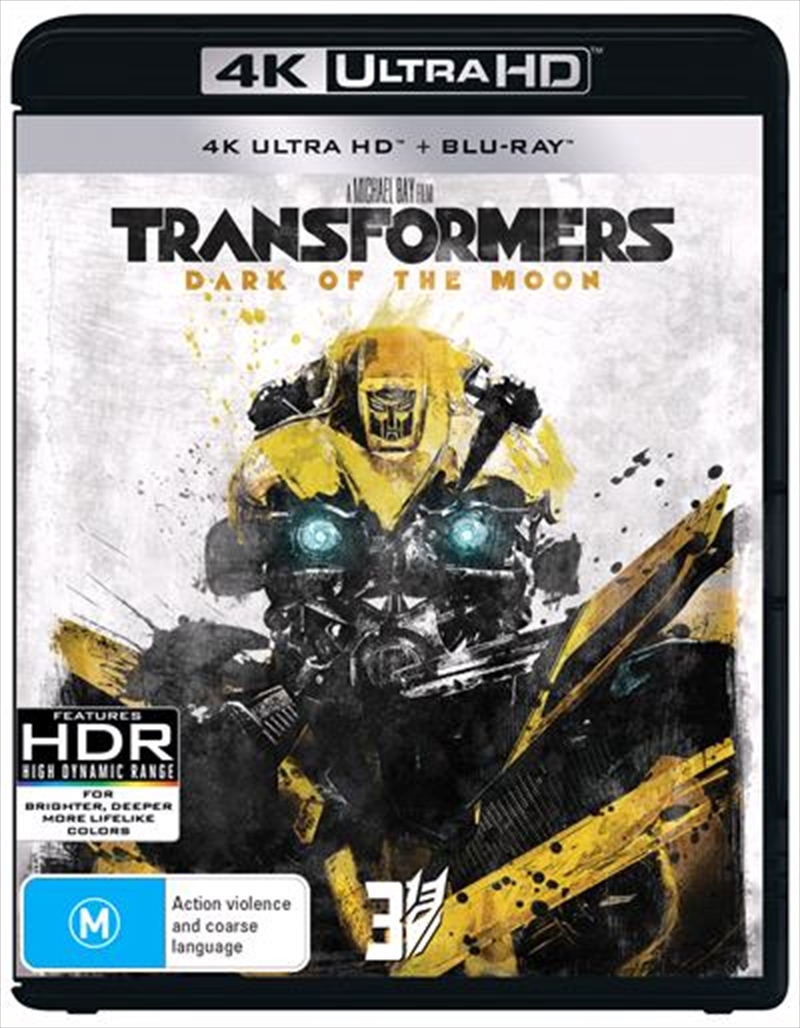 The war on Cybertron between the Autobots and Decepticons appears lost. The leader of the Autobots, Sentinel Prime, attempts to launch the Ark from their planet, with technology that could have saved his kind. It gets attacked and crashes on Earth's moon in 1961, when President John F. Kennedy makes his famous promise to the nation to put a man on the moon. The 1969 NASA moon landing is actually an investigation of the wrecked spacecraft. As Sam Witwicky goes into adulthood and tries to move on from Mikaela, the Autobots learn of a Cybertronian spacecraft on the Moon. They race against the Decepticons to be first to find it and learn its secrets.
TRAILER
DETAILS

Title: Transformers - Dark Of The Moon