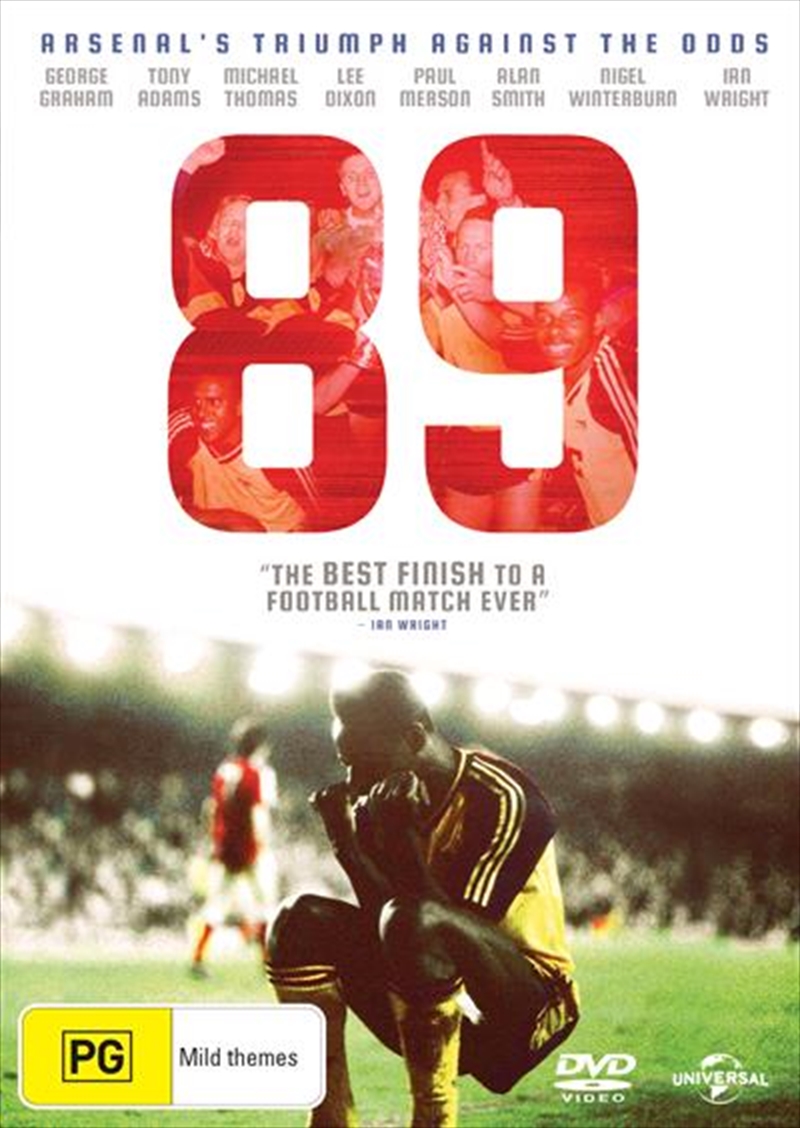 Shipping - See delivery options.
Postcode:
Quantity:
SEE MORE IN:
Cant Seem To Stream Movies & TV Clearance Movie Clearance Sale $5 Movies & TV Shows
This documentary will tell the story of Arsenal's greatest triumph - the 1988-89 season in which Arsenal emerged as First Division champions against all odds. It's triumph that changed the culture, not just of the sport, but of Britain. The story spawned Nick Hornby's ground breaking book Fever Pitch which became a hit movie. It was the beginnings of the Premier League and helped create the game as we know it today. It's a story which the filmmakers have unique access to through Amy Laurence, Guardian and Observer football journalist, a lifelong Arsenal fan who has written books about the club and has unique access to the club's archive, players and officials to tell the story of the season that changed everything.