Dora The Explorer - Rhymes and Riddles 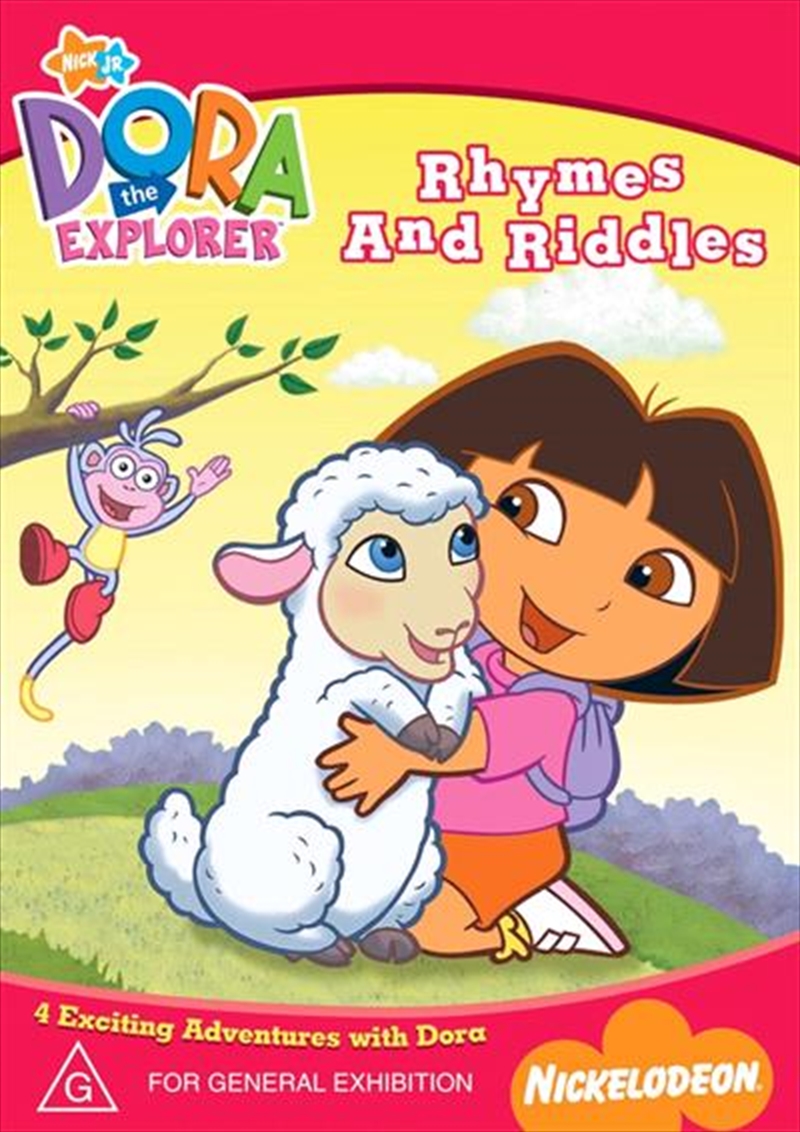 Dora The Explorer - Rhymes and Riddles

DORA HAD A LITTLE LAMB: Mary had a Little lamb, its fleece was white as snow: but when the Little Lamb gets lost, Dora and Boots know where to go! Preschoolers join them as they jump into a big book of Nursery Rhymes to bring Little Lamb home to Mary. Along the way, they'll help nursery rhyme pals pick pickled peppers or climb a waterspout, all while helping Dora catch stars!CALL ME MR. RIDDLES: Boots loves riddles! He loves them so much that he wants to be called Mr. Riddles and he wants to go to Tall Mountain to solve the Silliest Riddle in the Riddle Contest. To get there, Dora, Boots, and preschoolers will have to riddle their way past Troll Bridge and through the Knock-Knock Door, so that they can solve the Silliest Riddle of All!BACKPACK: When Dora received Backpack from her parents, she got more than a gift. She got a great new friend! Preschoolers join Dora and Backpack's first adventure together, as they solve a riddle at Troll Bridge, climb the Big Rock and try to return Dora's eight books to the Library before it closes!BIG RIVER: Dora never goes anywhere without her Backpack, and Boots never goes anywhere without his beloved red boots. But in this wild water adventure, Boots loses a boot in the big river! He'll need the help of Dora, Backpack, and preschoolers to get it back!
DETAILS