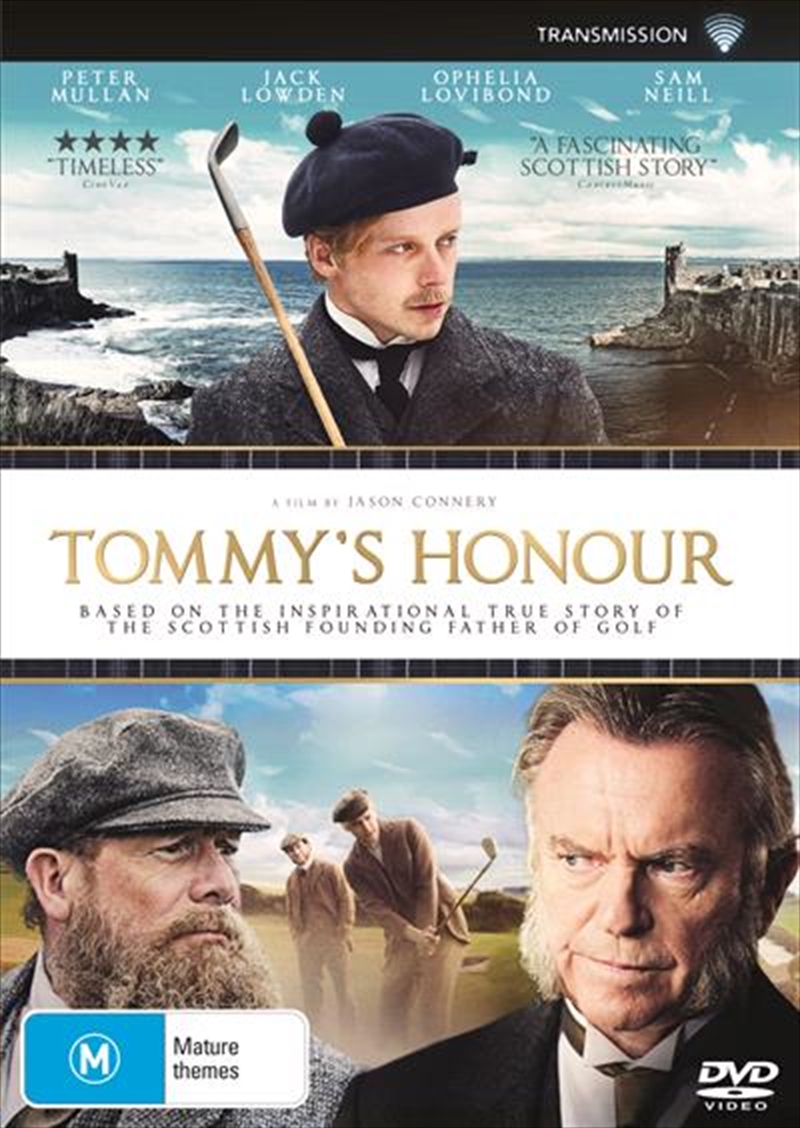 He didn't invent golf. He revolutionized it.

TOMMY'S HONOUR is based on the intimate and powerfully moving true story of the challenging relationship between 'Old' Tom and 'Young' Tommy Morris, the dynamic father-son team who ushered in the modern game of golf. As their fame and fortune grew exponentially, Scotland's Golf Royalty were touched by deep drama and personal tragedy.

Matching his father's success by winning his first of four Opens at the age of 17, Tommy's flamboyance and fame outshine Tom's stellar playing record and respect as founder of the first Open Championship in 1860. Although their personal relationship is deeply strained by Young Tommy's ambition and drive, their professional relationship is triumphant front-page news. In stark contrast to his carefree public person,

Tommy is embroiled in personal turmoil which ultimately leads him to rebel against both the aristocracy who gave him opportunity and his parent's disdain over his passionate, yet tragic, relationship with his wife Meg.