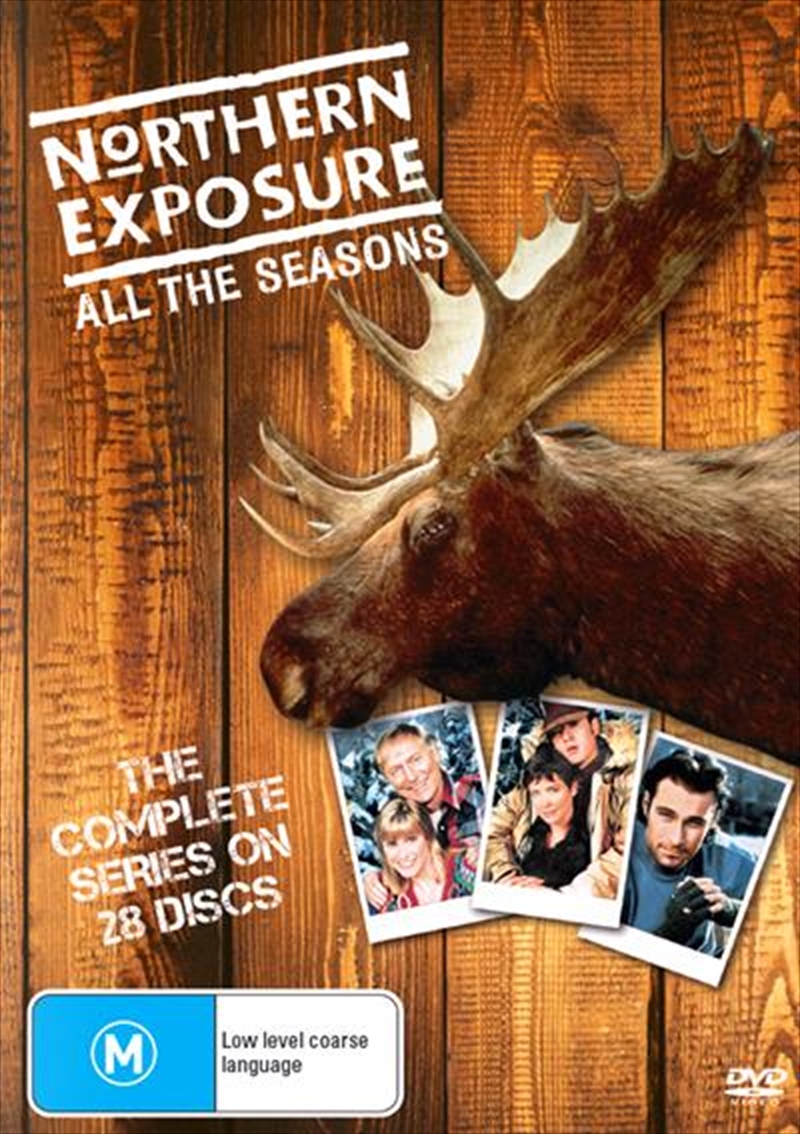 Joel Fleischmann is a quintessential New Yorker who has never been west of the Mississippi. Intent on becoming a doctor, but lacking the financial backing, he mailed out seventy-five scholarship applications in the hope of fulfilling his dream. Regardless of all his effort, Joel receives just one reply, from the State of Alaska, and in return for his scholarship has to agree to be their indentured slave for the following years in the small middle-of-nowhere town, Cicely. Recipient of countless Emmy nominations and winner of the Emmy and Golden Globe awards for Outstanding Drama Series, Northern Exposure comes to an offbeat and inspirational conclusion. This must-own complete set includes all episodes of all six series. Now available to own as a complete box set, the humorous, heartwarming and still slightly bizarre Northern Exposure. Take an offbeat trip to the eccentric small town with a big heart.