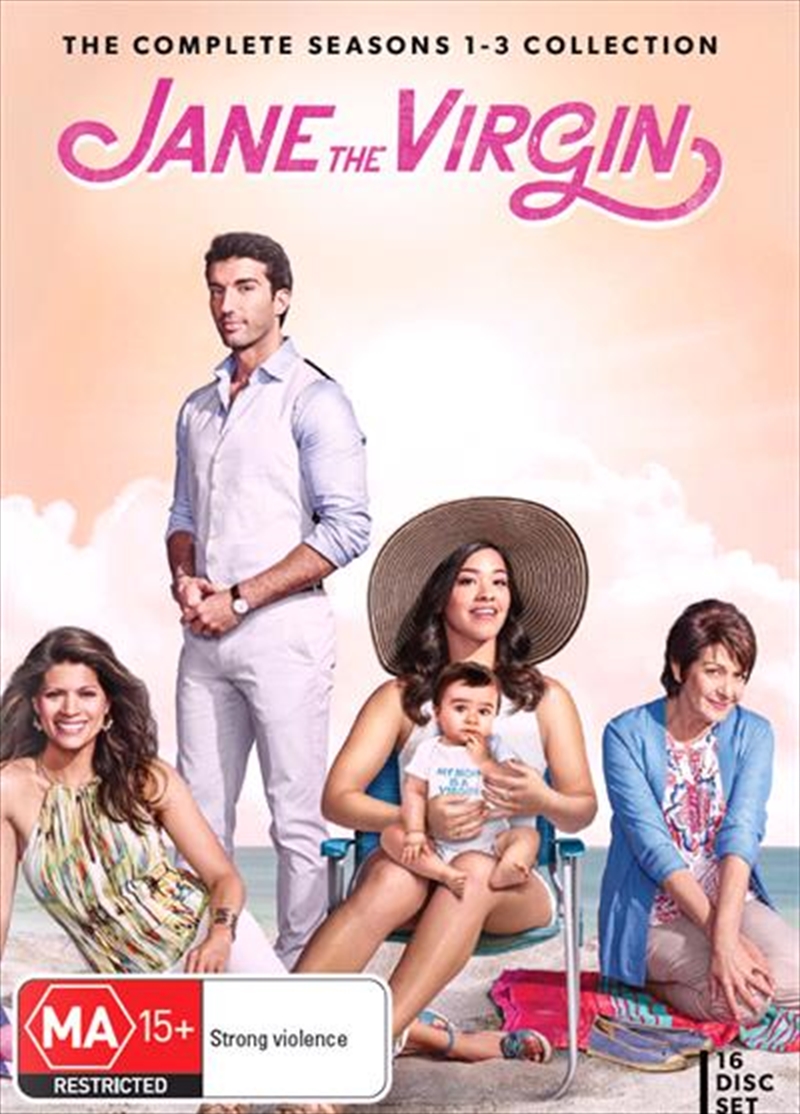 Season 1: When Jane was a little girl, she vowed to remain a virgin until her wedding day. Now that Jane is 23, her fianc, Michael, is on board with the plan and their lives are on track. But a mix-up during a routine medical exam gives birth to a series of miraculous mishaps. Now Jane is pregnant; the baby's father is her former crush and current boss, Rafael; and Jane's own father, whom she's never met, is the leading man in her favorite telenovela. Its as though her life is a soap opera and Jane is the star. Golden Globe winner Gina Rodriguez leads a glowing ensemble cast in this heartfelt and hilarious comedy adored by critics and audiences alike. Now that's how a classic sitcom is born!
Season 2:Will Jane get her baby back from Sin Rostro? What will happen with Jane's relationships with Michael and Rafael? So many questions left tobe answered in the second season Jane the Virgin. The three Villanueva women continue to have so many dramas, yet so many laughs this season, where Jane's newly found motherhood changes her, but not her love of telenovelas. As for the men of the show, Rogelio encounters a nemesis, played by Britney Spears, Rafael's custody has always been an issue and it will be even more so after the kidnapping, and Michael is still on the case to bring down Sin Rostro.
Season 3: Jane Villanueva (Gina Rodriguez) does a lot of growing up in the third season of this drama-comedy, both through the circumstances she finds herself in and through retracing Alba's (Ivonne Coll) roots. A cousin Jane has never met turns up out of the blue, but she may not be as trustworthy as Jane would like to believe. After being shot on his and Jane's wedding night, Michael (Brett Dier) has a long road to recovery and must face the fact that he might never fully recover. Rafael (Justin Baldoni) learns a family secret that will completely change his life and Anezka (Yael Grobglas) does her best to impersonate Petra (Yael Grobglas), while also ensuring she remains paralyzed. Rogelio (Jaime Camil) is determined to break into American television and finds an unlikely partner to help him achieve his goal. Ricardo Chavira and Justina Machado join the cast, plus Gloria and Emilio Estefan make an appearance.