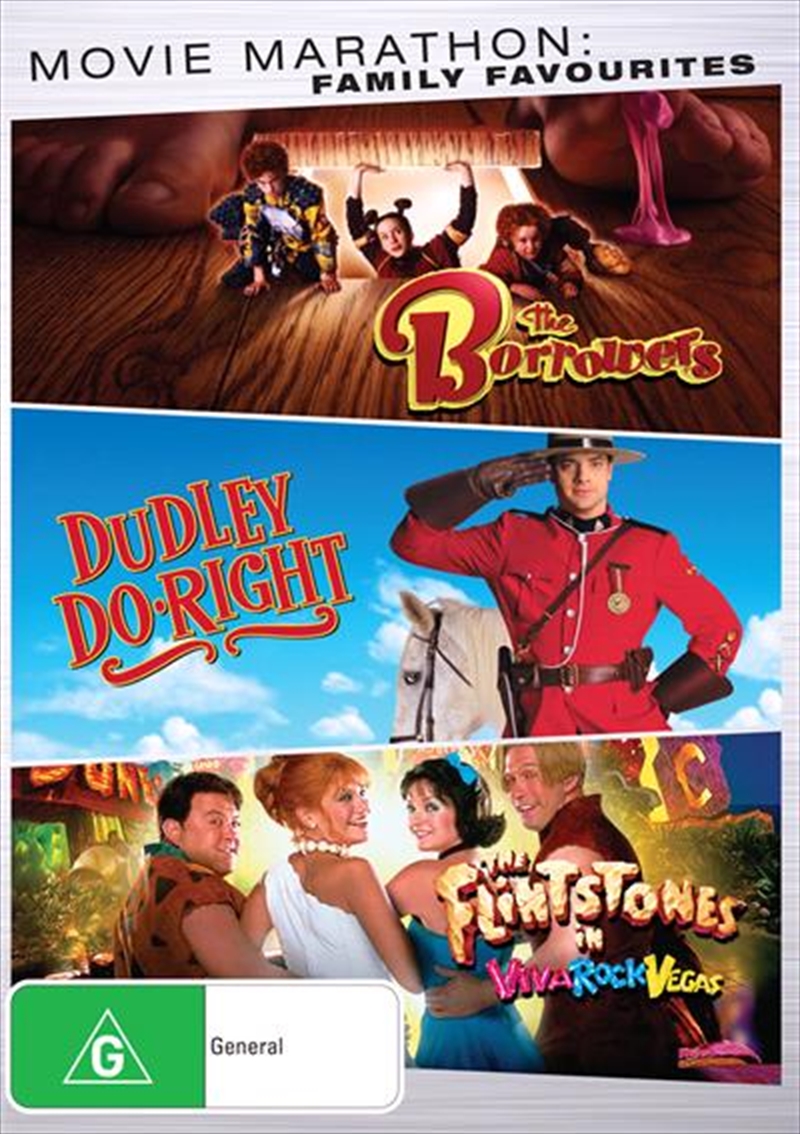 SEE MORE IN:
Shocking Clearance!
DESCRIPTION
The Borrowers: They're charming and small and live behind the wall. They're The Borrowers, tiny people whose big family adventure is filled with some of the most eye-popping effects ever seen on film. Based on the beloved classic novels by Mary Norton, and starring John Goodman, The Borrowers is a film treat to be enjoyed by people of all sizes!
Dudley Do Right: Based on the cartoon, this live-action comedy follows the adventures of Dudley Do-Right (Brendan Fraser), an enthusiastic, if somewhat dim, Canadian Mountie. When Dudley's childhood crush, Nell Fenwick (Sarah Jessica Parker), returns to their hometown in the mountains, he is eager to spend time with her, but his attempts at courting her are foiled by the villainous Snidely Whiplash (Alfred Molina), who is up to his usual schemes. Can Dudley win Nell's heart and curtail Snidely's wicked ways?
Flintstones in Viva Rock Vegas: Fred Flintstone (Mark Addy) and Barney Rubble (Stephen Baldwin) are two of Bedrock's most confirmed bachelors. Wilma Slaghoople (Kristen Johnston) and Betty O'Shale (Jane Krakowski) are two of the town's hottest single babes. In this prehistoric comedy of boy meets girl, see how it all began as Fred and Barney set out to win the hearts of their favorite gals on a romantic getaway to exciting Rock Vegas. With meddling from Wilma's socialite mother (Joan Collins), as well as competition from the tycoon Chip Rockefeller, Fred just might need a little help from his friends to beat the odds and win the most important game of all...love.
DETAILS