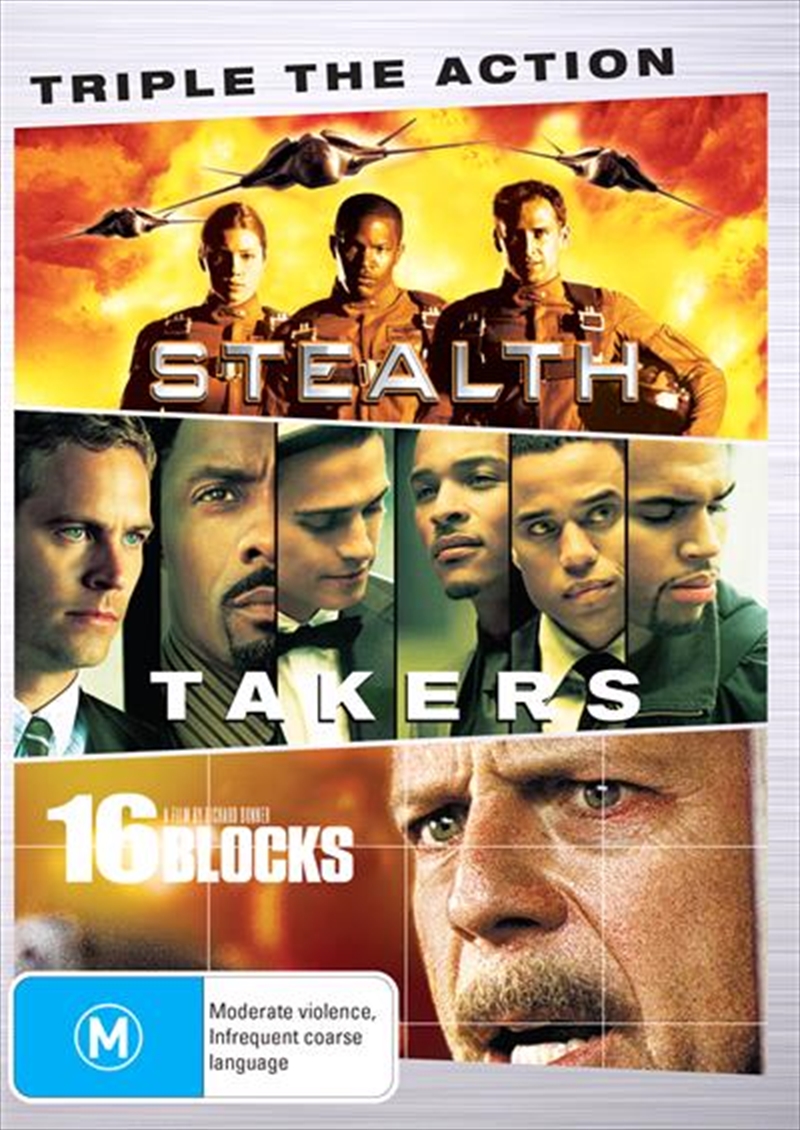 DESCRIPTION
Stealth: Deeply ensconced in a top-secret military program, three pilots struggle to bring an artificial intelligence program under control before it initiates the next world war.
Takers: A group of bank robbers find their multi-million dollar plan interrupted by a hard-boiled detective.
16 Blocks: An aging alcoholic cop is assigned the task of escorting a witness from police custody to a courthouse 16 blocks away. There are, however, chaotic forces at work that prevent them from making it in one piece.
DETAILS