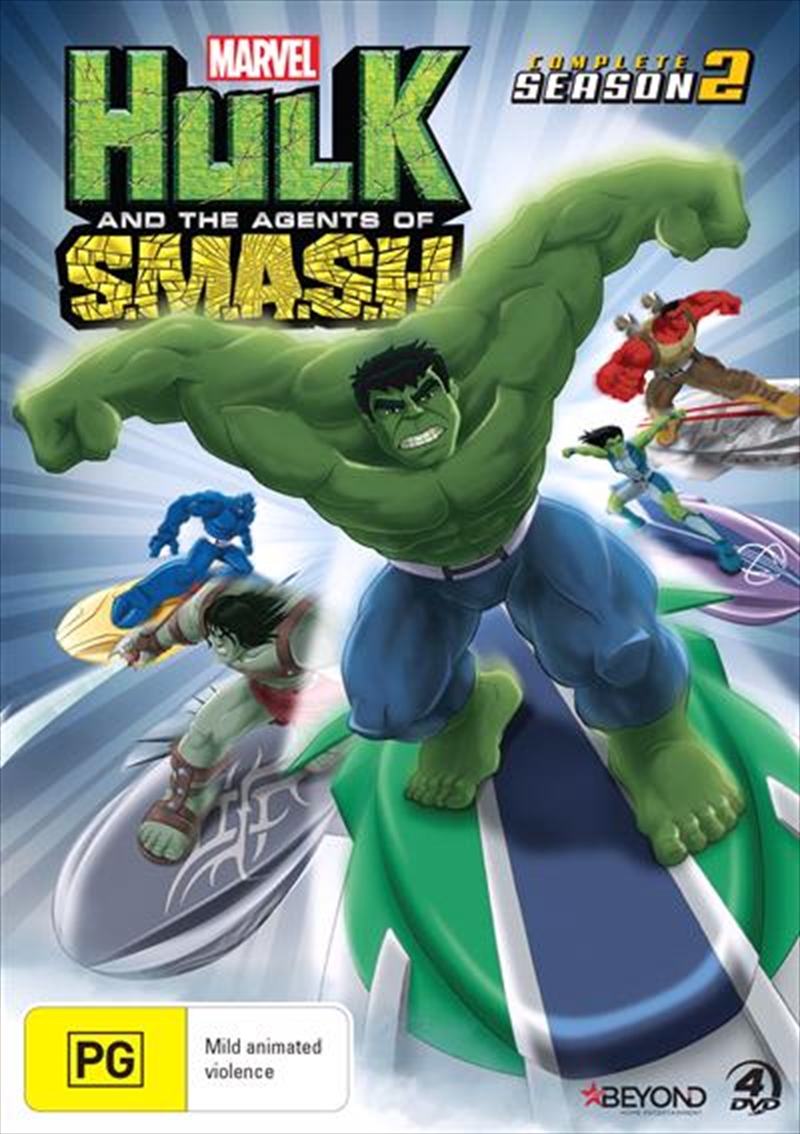 DESCRIPTION
Hulk smash! The biggest, hardest-hitting hero in the Marvel Universe stomps into Season 2 of his own series, Marvel's Hulk and the Agents of S.M.A.S.H.! Joined by his larger-than-life teammates who double as an unlikely family, Hulk tackles threats that are too enormous for any other heroes to handle.In his battle against evil, Hulk is joined by the Agents of S.M.A.S.H. -- sensational She-Hulk, the irascible Red Hulk, the exuberant A-Bomb and the savage Skaar. What does S.M.A.S.H. stand for? They're Hulks -- whatever they want!
DETAILS