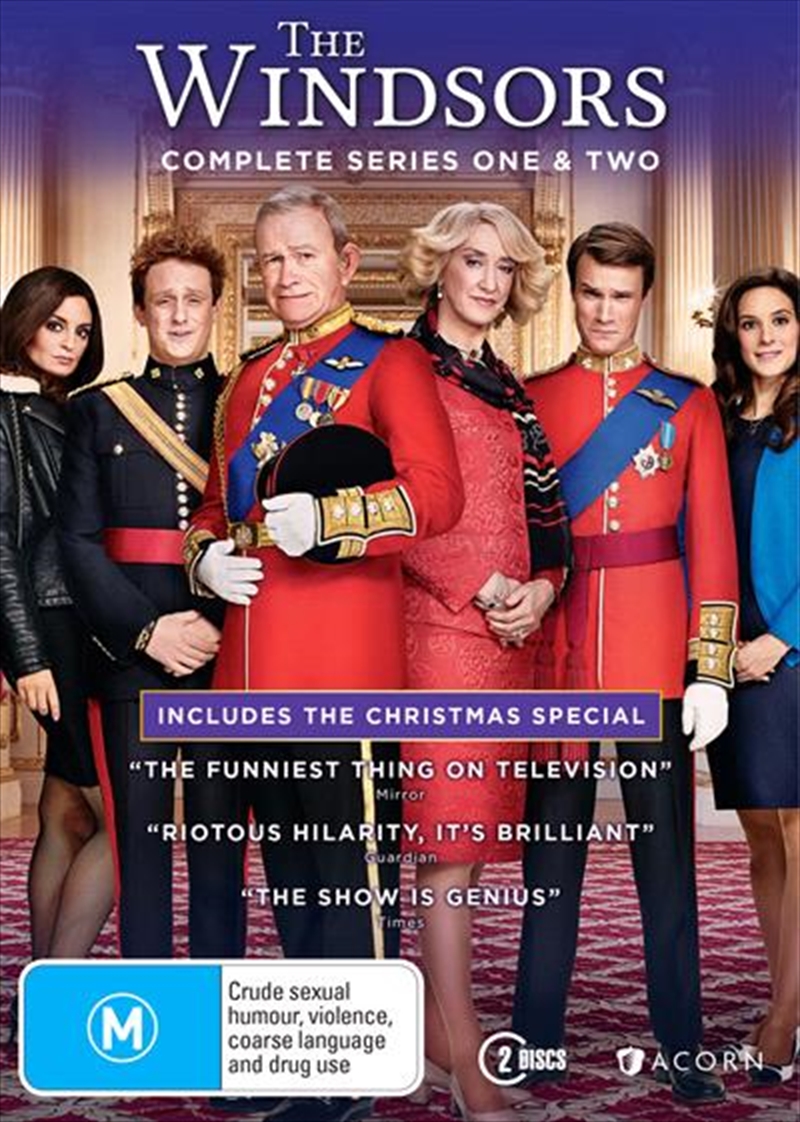 Shipping - See delivery options.
Postcode:
Quantity:
SEE MORE IN:
2 for $40 TV All 2 for $40
DESCRIPTION
Comedy soap opera re-imagining the lives of the British Royal Family as you have never seen them before.

The Windsors is a fictional comedy soap opera, following the imagined lives and loves of a family, with big comic characters loosely based on Wills& Kate, Prince Harry & Pippa Middleton, Camilla& Charles, and various other royals. 12 Episodes X 30 mins each. Xmas Special (1 X 60 mins) will be added to the set, subject to broadcast.
DETAILS