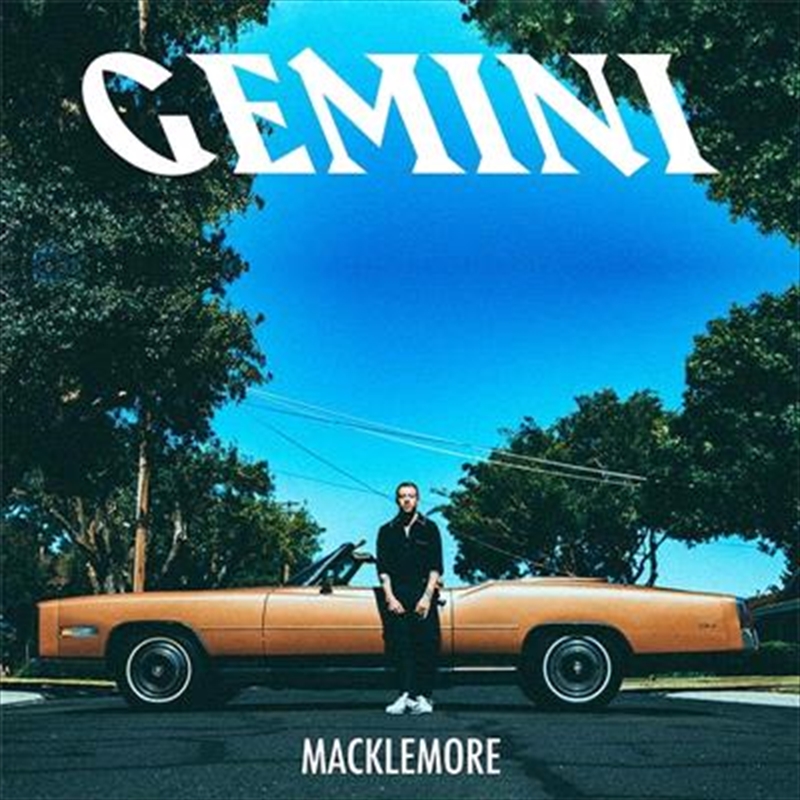 On Sept. 22, Macklemore will unveil his first solo album in 12 years titled, Gemini.

Over the last few months, the Seattle MC has showered his loyalists with a slew of creative videos. First, he painted the town red with his grandmother on "Glorious," then he tapped several kids to steal Tom Brady's jersey on his Lil Yachty-assisted "Marmalade." Now, he'll package his wittiness all into a hearty project, which will consist of 16 tracks. Macklemore of Macklemore & Ryan Lewis performs on stage at Manchester Arena on April 12, 2016 in Manchester, England.

For his latest ride, the "Thrift Shop" star taps Lil Yachty, Kesha, Sklyar Grey and Migos' Offset for guest appearances. In a recent interview with Zane Lowe, Macklemore hinted at new approach for this forthcoming album. "I always try to get a different pallet of sounds and textures and vibes. This album, I was in a good place man... for the most part, if I'm in a happy place and life is good, that's going to be reflected in the music," he said.

It’s important that people realise that this isn’t a Macklemore & Ryan Lewis record and that it is in fact a solo Macklemore album. Even though the sound isn’t that drastically different “Gemini” offers a personal voice while still giving you that quirkiness you’ve come to know and love over the years. Let me start off by saying that in no shape or form is “Gemini” a flawless or majorly impactful album. It doesn’t hold the same stamina as “The Heist” or even “The Unruly Mess I’ve Made”. But what it does offer is some strong standalone songs that will see him being able to headline arena’s as a solo artist. Lead single “Glorious” is the perfect introduction to Macklemore as it holds onto the roots of the sound he’s perfected over the years while incorporating an empowering hook. Even though it sounds a little too similar to “Can’t Hold Us” I can’t help but love it. But the album kicks of strong and hard with the self motivation anthem “Ain’t Gonna Die Tonight” and the feel good Kesha collaboration “Good Old Days” which is hands down the strongest track on the record. The main issue with this record is that it’s too long and very all over the place. It didn’t show consistency or growth as all these songs sounded like previously released Macklemore & Ryan Lewis tracks. There was a growth in his songwriting with a very candid look into his life but the execution just wasn’t there with average production and melodies. It has it’s big moments of empowering pop-rap but the mediocre tracks out weigh the ratio too heavily. The track listing should’ve been refined to have a heavier impact. And why “Good Old Days” wasn’t the lead single still baffles me.

9. ‘How To Play the Flute’ feat. King Draino