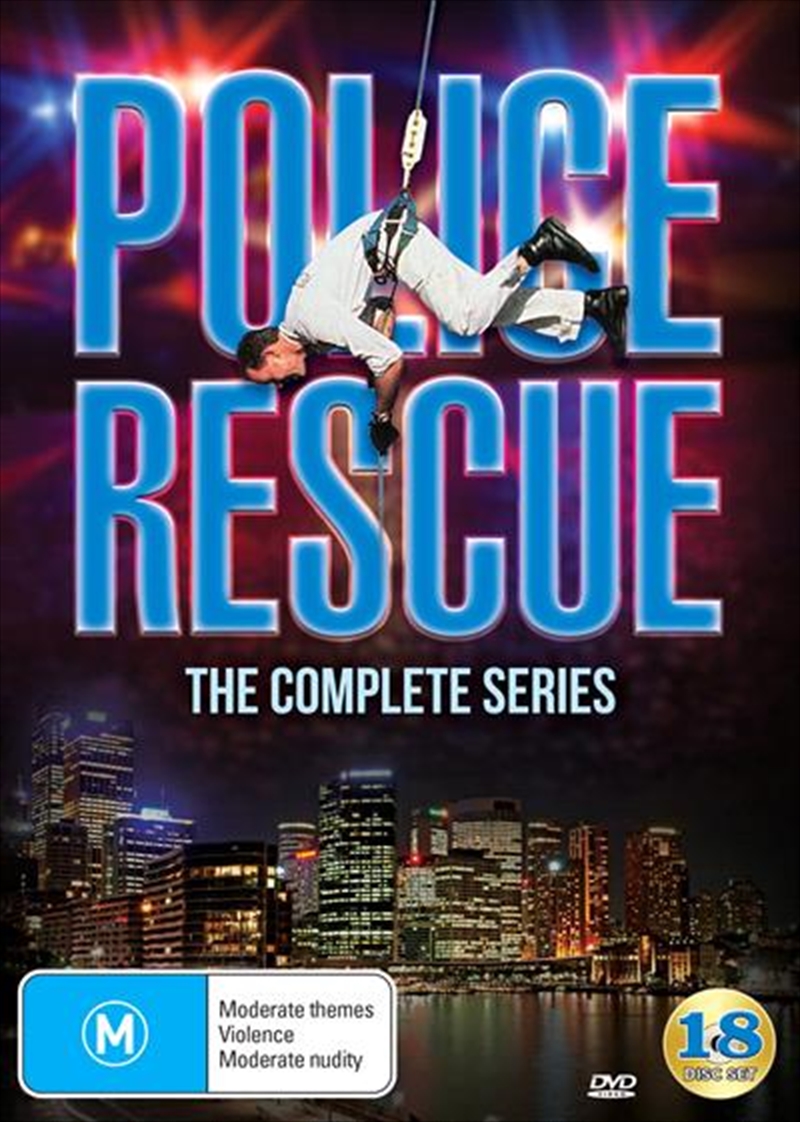 When you work on the Police Rescue squad, trouble finds you.

Police Rescue is thrilling action adventure, featuring the explosive drama of a police rescue squad on and off duty. Filmed on location around Sydney, Police Rescue was one of Australia's most loved and multi-award winning drama series. Made with the guidance of the real NSW Police Rescue department, the dynamic stunts and action sequences are breathtakingly realistic! This 18 disc collector's edition DVD box set features all 61 action packed episodes plus the original 90 minute Police Rescue telemovie that started it all. Featuring a stellar cast, Police Rescue stars Gary Sweet as fearless adrenalin freak Sgt Steve 'Mickey' McLintock; Sonia Todd as the tough and ambitious Constable Georgia Rattray who won't let her past love affair with Mickey get in the way of doing a good job and Steve Bastoni as Constable Yiannis 'Angel' Angelopoulos the cool guy with a heart of gold and a devilish temper. Also starring Marshall Napier, Tim McKenzie, Peter Browne, Doug Scroope and John Clayton.