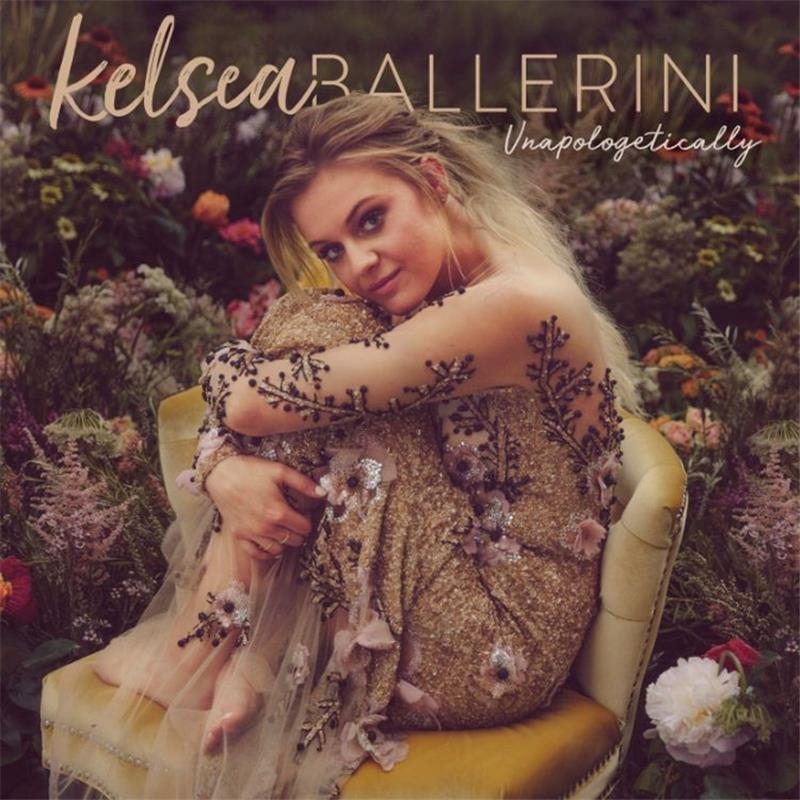 Unapologetically is the long-awaited second chapter of Ballerini’s remarkable artistic story, a still-unfolding saga that has seen the Knoxville, Tennessee, native break all-time records. After the release of her 2015 debut, The First Time, Ballerini placed her first three singles at #1 – the PLATINUM-certified ‘Love Me Like You Mean It’ and ‘Peter Pan,’ and the GOLD-certified ‘Dibs’ – a feat never achieved by a female (including duos or groups) in US Country music history. Her fourth single, ‘Yeah Boy,’ also achieved GOLD status and rose to the lofty perch of #3 on Billboard’s Country Airplay chart.

In early 2015 Kelsea Ballerini impressed with her country meets pop debut album “The First Time” which was a strong collection of autobiographically honest songs. Since the release she’s extensively toured, grown as an artist and a performer, fallen in love and got engaged. Her sophomore record “Unapologetically” hears her representing all that change and growth with a collection of twelve mature tracks. Her sound has had a heavier pop influence that channels and rivals the production of Taylor Swift’s record “Speak Now”. It’s very polished but still firmly holds onto those country roots that you originally fell in love with. The album is structured so well and details the process of having your heart broken, realising your worth, reminiscing and then allowing yourself to fall in love again. Her vocals are strong and powerful at times and then they can be so raw and vulnerable too. It’s a rollercoaster of emotions but it’s also very empowering. “Miss Me More” will have you screaming out sassily while “Roses” will have you transforming that bitterness to reflect on the positives from that relationship. And then title track “Unapologetically” will have you swooning and all giddy. It’s an impressive collection of tracks that show her growth as an artist and hears her reaching towards those arenas that she deserves to be headlining. So, I’m sorry Taylor Swift can’t come to the phone right now. Why? Because Kelsea Ballerini has taken over.