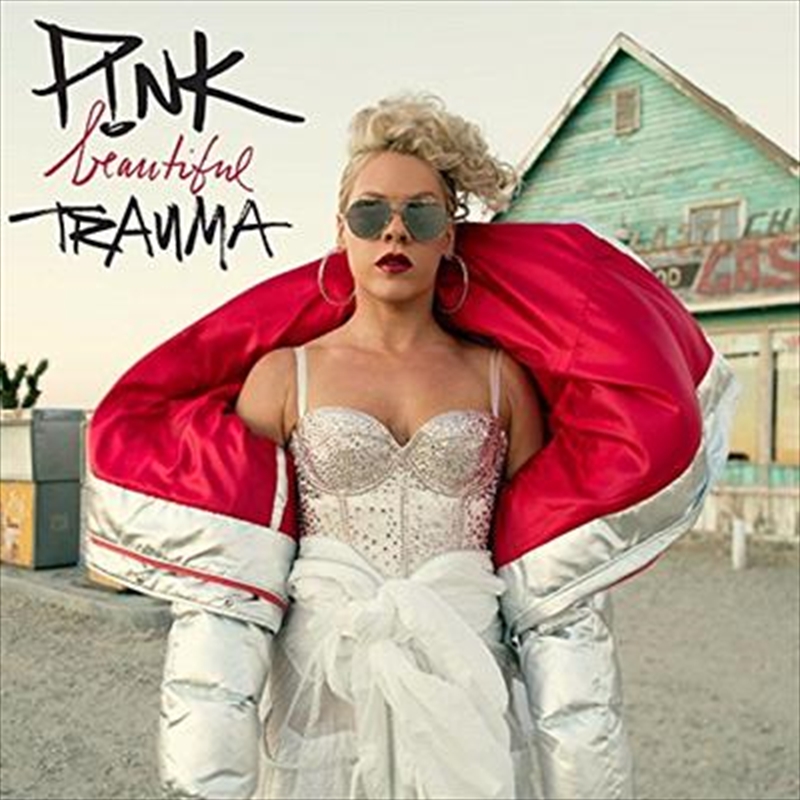 ‘What About Us’ is the first official single from P!NK’s highly anticipated seventh studio album, “Beautiful Trauma”, which is available for pre-order now and set for release on October 13th. This will be her follow up to the 9x ARIA Accredited Platinum album “The Truth About Love”.
While P!NK co-wrote all 13 tracks on the album, she worked with a variety of songwriters and producers including Steve Mac, Johnny McDaid, Max Martin, Shellback, Jack Antonoff, Julia Michaels, Greg Kurstin, busbee and so many more
There is no denying that P!NK has had one of the most successful careers in the music industry, with a track record proving that Australia can’t get enough of her. Across her career, P!NK has had three ARIA #1 albums and eight ARIA #1 singles, including two 11 times ARIA accredited Platinum albums. Having already delivered the incredible ‘Waterall’ in collaboration with SIA and Stargate earlier this year, P!NK is back with her powerhouse vocals and stellar performances.

P!nk is an artist who doesn’t really need an introduction. She’s remained one of the biggest names in pop for the past 17 years and continually breaks records with each record and tour she releases. Her seventh studio album “Beautiful Trauma” is expected to do the same with the songstress scheduled to be in Australia and New Zealand for three months solely to tour. However this is more a reflection on the brand she has created and the deep connection she has with her fans other than a direct reflection on the album. Instead of delivering empowering pop anthems and **** you pop-rock singalong’s she’s gone down a more mature pop inclined path. The underwhelming collection of songs hears a couple of standout moments but the majority are middle of the road tracks you would expect from any pop newcomer. Title track “Beautiful Trauma” is probably the most “ classic P!nk” sounding track on the record and gives you the fiery attitude you wanted mixed with the emotional side you love. As a whole this record is very tame with most of the songs becoming mediocre ballads. Almost cookie cutter. Or maybe it’s maturity? But whatever it is it will have you wishing for the old “**** you” P!nk that you’ve come to know and love. There are brief glimpses of her but she gets lost amongst the production and it’s a tad disappointing. The album isn’t bad, it just isn’t great.

But We Lost It

You Get My Love