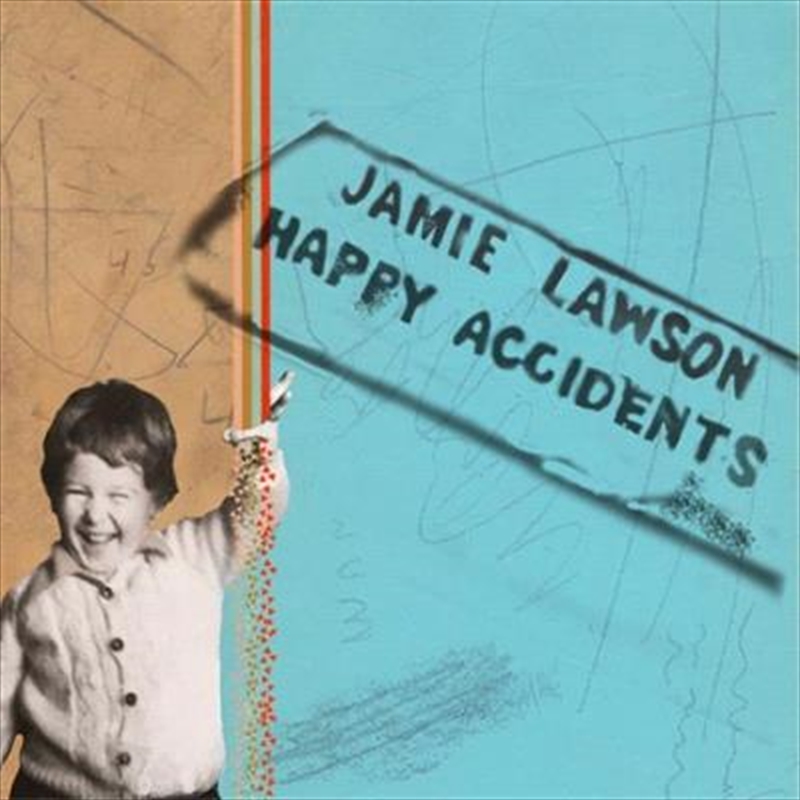 Happy Accidents is an album that Ed is particularly chuffed to be involved with, stating "I'm so excited to be releasing 'Happy Accidents' by Jamie Lawson on my label Gingerbread Man Records; I truly think it's the best music he's ever written. Jamie has had an incredible couple of years, and I feel very lucky to be a part of his journey so far."

Written and recorded throughout the tail end of 2016, and spring of 2017, Happy Accidents saw Jamie knuckle down in the prestigious Sunset Sound Studios in LA with producer Joe Chiccarelli, as well as keyboard player Roger Manning Jr (Jellyfish, Beck) and drummer Matt Chamberlain (Fiona Apple, Tori Amos) to produce the best work of his career thus far. The title is taken from the first communications between Lawson and his now wife, when she wandered, by chance, in to his show at The Bedford (incidentally, the same venue where Lawson met Ed Sheeran for the first time), "hooray for happy accidents".

The recording process was quite a special time for Lawson. "Sunset Sound Studios - LA. All The Doors records were made here as well as those of James Taylor, early Prince, Elliott Smith, Doobie Brothers, The Eagles, Natalie Merchant, Sheryl Crow and Counting Crows. All of them million selling records, some multi-million selling. I have to admit, for the first two weeks I was a little intimidated by the place. Why was I, a Plymouth born St Budeaux boy, in sunny Los Angeles working with Joe Chiccarelli as my producer, with Roger Manning Jnr and Matt Chamberlain as part of my band, recording at one of the most legendary studios on the planet? I still don't know, but I'll be forever grateful."

Between tracks such as A Little Mercy, a warm, gospel feeling track, co-written with Simon Aldred aka Cherry Ghost, with backing vocals coming from The Arnold Singers, legendary vocalists who sing with James Taylor, and others such as Sing To The River, a spine tingling balled about Lawson's father, who died when the musician was just 19, which allowed him to finally put in to words the grief that overwhelmed him, Happy Accidents is a warming, uplifting and incredibly complete record, perfectly tying together Lawson's journey so far.

It's been a whirlwind 18 months for the Plymouth-born musician, being the first signee to Ed Sheeran's own label Gingerbread Man Records, releasing his #1, self-titled album to much critical acclaim, and joining One Direction as main support on their farewell tour in the autumn of 2015. To round off his incredible success, Jamie was awarded the prestigious Ivor Novello Award for Best Song (Musically and Lyrically) in 2016. He has, to date, had 110 million Spotify streams, over 28 million YouTube views, and has sold over a million copies of his juggernaut, worldwide hit Wasn't Expecting That. Jamie's self-titled debut album reached #4 on the ARIA and radio airplay chart, and has racked up close to 3 million streams in Australia alone.

Don't Say You Don't If Do

Time On My Hands

Sing To The River

I Almost Gave It Away

Other Side Of The Day