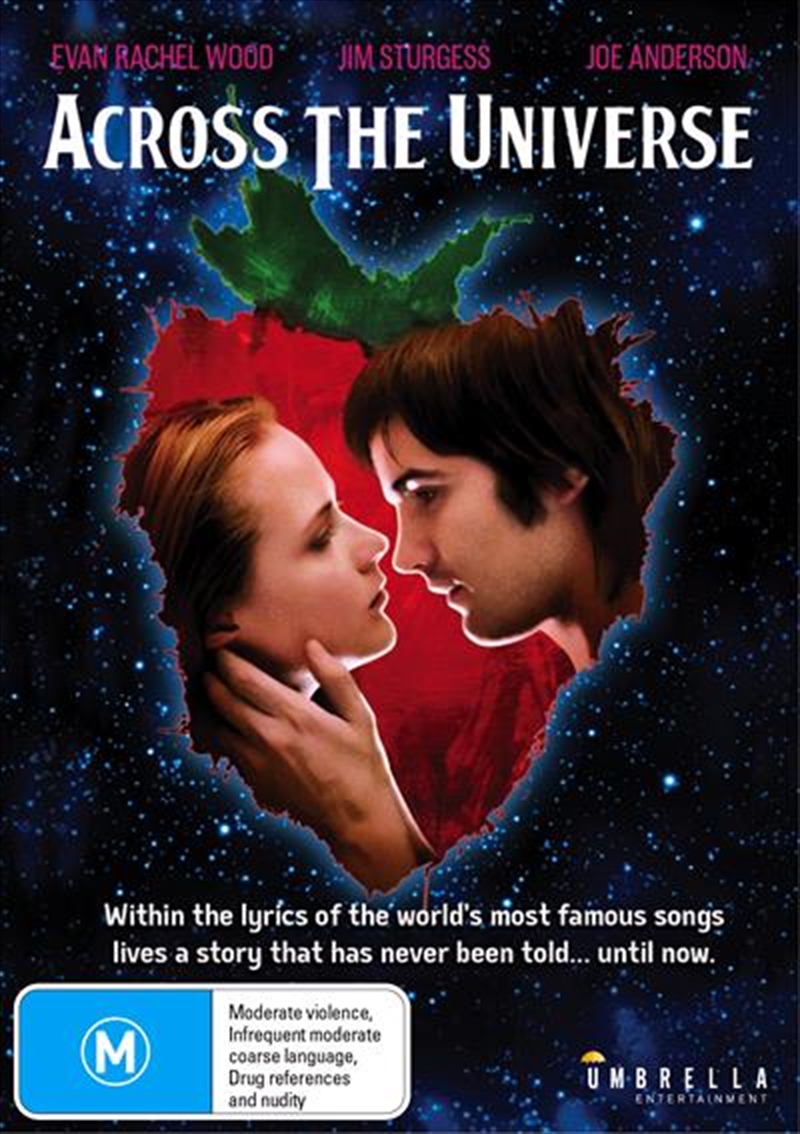 Across The Universe, from director Julie Taymor, is a revolutionary rock musical that re-imagines America in the turbulent late-1960s, a time when battle lines were being drawn at home and abroad.When young dockworker Jude (Jim Sturgess) leaves Liverpool to find his estranged father in America, he is swept up by the waves of change that are re-shaping the nation. Jude falls in love with Lucy (Evan Rachel Wood), a rich but sheltered American girl who joins the growing anti-war movement in New York's Greenwich Village. As the body count in Vietnam rises, political tensions at home spiral out of control and the star-crossed lovers find themselves in a psychedelic world gone mad. With a cameo by Bono, Across The Universe is "the kind of movie you watch again, like listening to a favourite album." (Roger Ebert, Chicago Sun-Times).

Title: Across The Universe