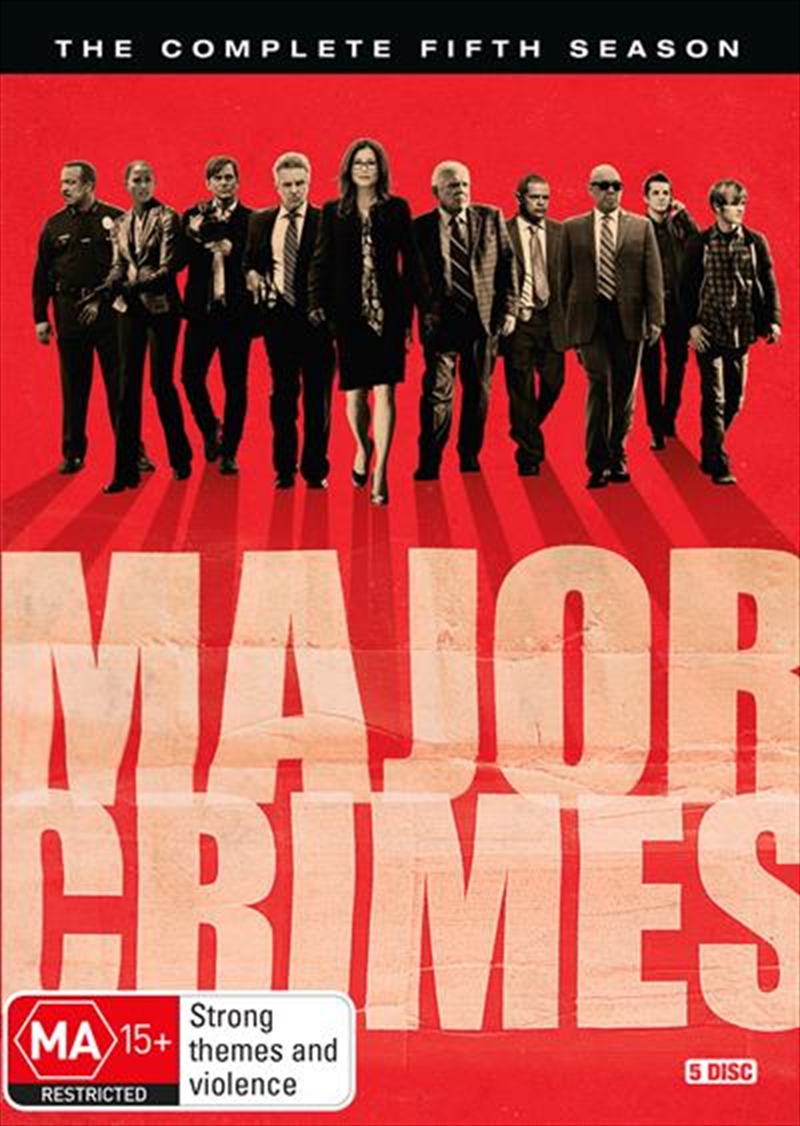 MAJOR CRIMES returns with more mysteries in season five as the squad must solve some of the most challenging homicides in Americas second largest city. From searching for a missing teenage girl who vanished while helping the homeless, hunting down the killer of a potentially dirty cop or following up on a beheading in an isolated corner of Los Angeles, the investigators attempt to return balance to the scales of justice. Also this season, Sharon strives to push Rusty through college while figuring out where she wants to go in her ongoing romance with Andy Flynn; Julio Sanchez decides to try to adopt a child himself; Provenza develops sensitivities related to his new marriage to Patrice (Dawnn Lewis); Buzz Watson picks up the 30-year-old murder investigation of his father and uncle; Mike Tao wins an award for his work as a Hollywood consultant; and Amy Sykes confronts the idea of motherhood versus focusing on her career.