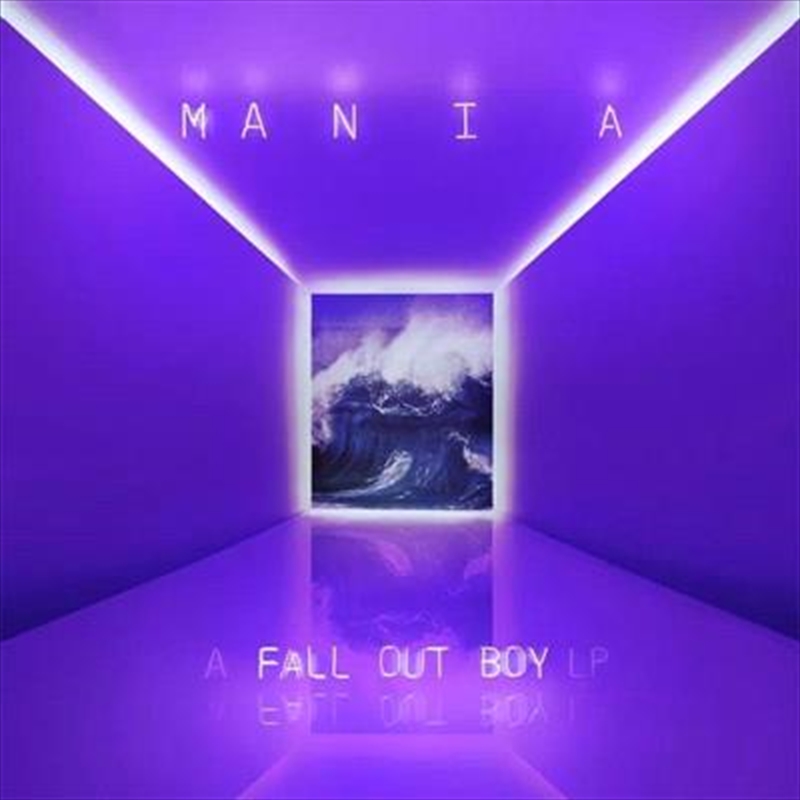 M A  N   I    A is the follow-up album to the band’s platinum-certified sixth studio album American Beauty/American Psycho, which debuted at #1 on the Billboard Top 200 upon its January 2015 release. Hailing from Chicago, Grammy-nominated Fall Out Boy – Patrick Stump (vocals/guitar), Pete Wentz (bass), Joe Trohman (guitar) and Andy Hurley (drums) – has appeared on the cover of Rolling Stone and other prestigious publications.

They have performed on Saturday Night Live, The Today Show, America’s Got Talent, The Voice, Late Night with Jimmy Fallon, The Tonight Show with Jay Leno, Conan, The Late Show with David Letterman, Jimmy Kimmel Live! and many more.

It has been 15 years since Fall Out Boy released their debut album and bursted onto the music scene with their pop-rock-punk fusion. They quickly became the soundtrack to many peoples early adulthoods and lives. Recently they have been crossing over into the mainstream realm a bit more and headlining arenas across the world which is an incredible feat. Their seventh studio album “M A N I A” embraces this evolution and hears them holding onto their rock roots but experimenting with a polished synth incorporation. This album was meant to be released a couple of months ago but was delayed because they band wanted to re-write and take some more time to make sure it was perfect. At only 10 songs long I was expecting it to be more refined and pack a bit more punch. But instead this album has its moments of pop-rock brilliance that will create epic arena singalongs and it also has a lot of confused production and forgettable melodies. At times I was questioning where the Fall Out Boy we knew and loved had gone because they almost sounded unrecognisable. But then songs like “Champion”, “Hold Me Tight Or Don’t” and “The Last Of The Real Ones” reminded me why they always create the best singsongs. While “Wilson (Expensive Mistakes)”, “Church”, and “Bishops knife Trick” are just plain forgettable and skip worthy. The band do experiment with new sounds on this record with “Stay Frosty Royal Milk Tea” hearing them become a little more aggressive and darker while “Heaven’s Gate” hears them experimenting with a gospel sound which is impressive. But someone should've stopped them from experimenting with EDM synths, so lets just pretend that “Young And Menace” and “Sunshine Riptide” didn't happen. Overall this album really was created for their live show and sonically it will explode once they perform them but as a record it probably is their weakest to date.
See more from Thomas on his website