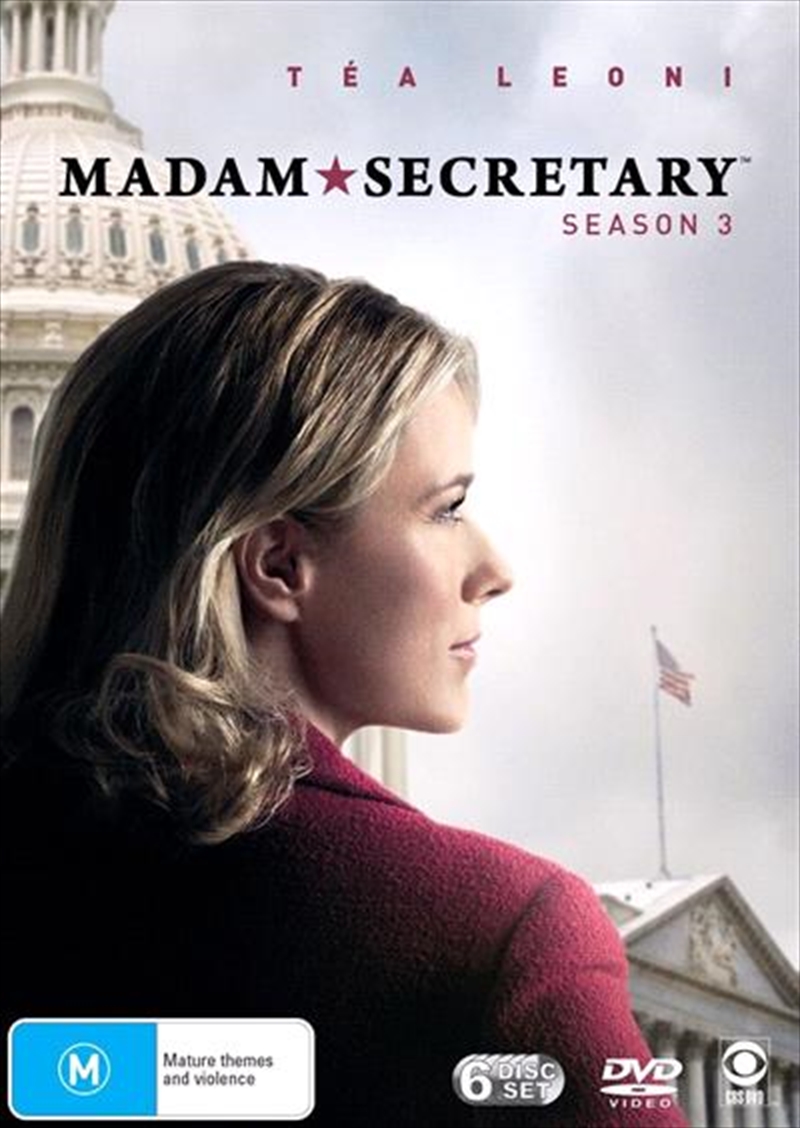 Shipping - See delivery options.
Postcode:
Quantity:
SEE MORE IN:
2 for $40 TV Madam Secretary All 2 for $40
DESCRIPTION
Not politics as usual.

Elizabeth McCord (Tea Leoni) is a shrewd, determined, newly appointed Secretary of State who drives international diplomacy, battles office politics and circumvents protocol as she negotiates global and domestic issues, both at the White House and at home.
DETAILS