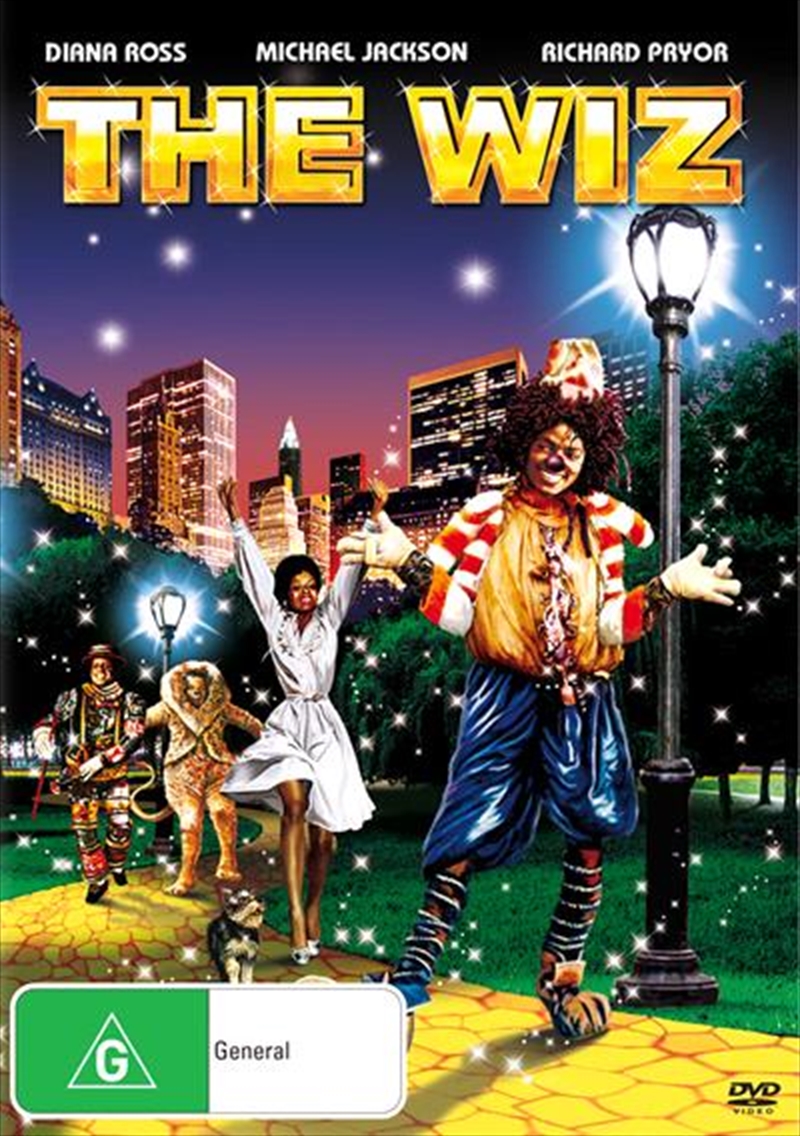 The fabulous land of Oz rocks in the spectacular musical based on the smash hit Broadway show. In this Motown production, Dorothy is a shy Harlem Kindergarten teacher who, while searching for her lost dog Toto in a swirling blizzard, is whisked to a wonderland to follow the yellow brick road. Director Sidney Lumet (Serpico, Murder on the Orient Express), not content to merely film the stage production, transforms the physical attributes of New York City into the fabulous land of Oz. Diana Ross reaches new heights as Dorothy and her co-stars include Michael Jackson as the Scarecrow, Nipsey Russell as the Tin Man, Ted Ross as the Cowardly Lion, Lena Horne as Glinda the Good Witch and Richard Pryor as the Oz's Great Wizard. With such a cast, exciting musical numbers and fabulous visual effects, The Wiz will reach every generation of moviegoers.