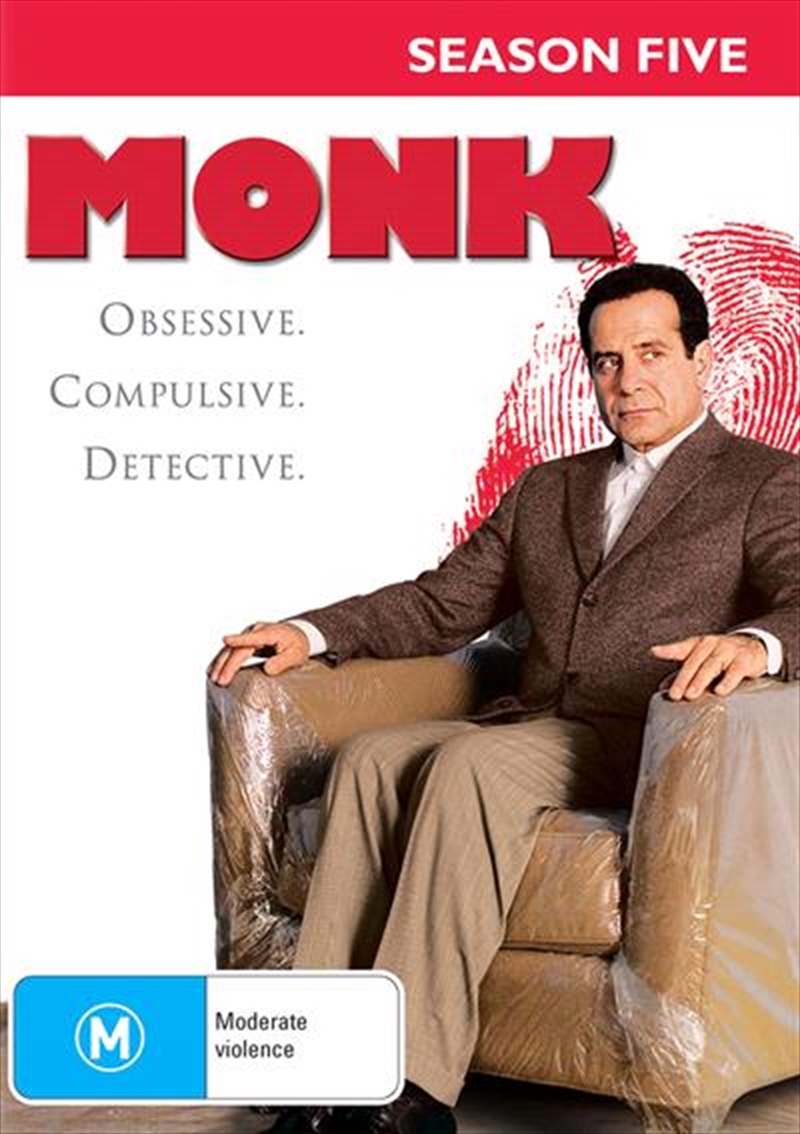 It's time to tidy up for another season with Primetime Emmy Award and Golden Globe winner Tony Shalhoub in all 16 Season Five episodes of Monk, television's most fresh and funny series. Gumshoe Adrian Monk would never actually have gum on his well-polished shoes: in addition to intellect and instinct, he also has Obsessive Compulsive Disorder. Though his eccentric traits bewilder his colleagues Natalie Teeger (Traylor Howard), Captain Stottlemeyer (Ted Levine) and Lieutenant Disher (Jason Gray-Stanford), Monk's attention to detail keeps crime—and grime—off the streets. Included in this collection are both the black & white and color versions of the noir-style episode "Mr. Monk and the Leper," obsessively good bonus features and the pilot episode of the hit comedy-drama Psych. Follow the clues to Season Five of Monk!
DETAILS