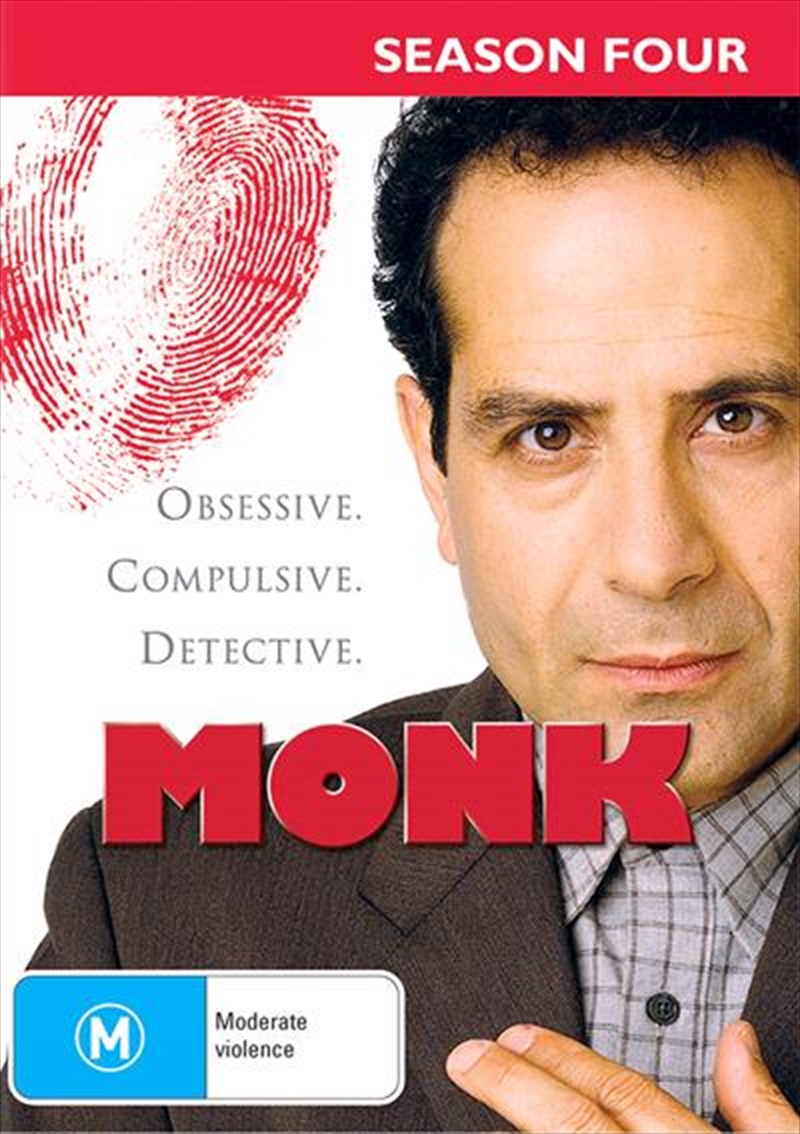 Return to the scene of the crime with Emmy Award and Golden Globe winner Tony Shalhoub in all 16 Season Four episodes of the quirky and amusing series Monk. Private detective Adrian Monk has brains, instincts, a photographic memory and more than a few Obsessive Compulsive Disorder's. These traits, his ever-present handy wipes and his devoted assistant, Natalie Teeger (Traylor Howard), help him as he solves cases involving amnesia, betrayal, first-loves, true loves, and of course, murder. Along with Captain Stottlemeyer (Ted Levine) and Lieutenant Disher (Jason Gray-Stanford), Monk is on the case and more germ-phobic than ever in this fresh and funny 4-disc set.
DETAILS