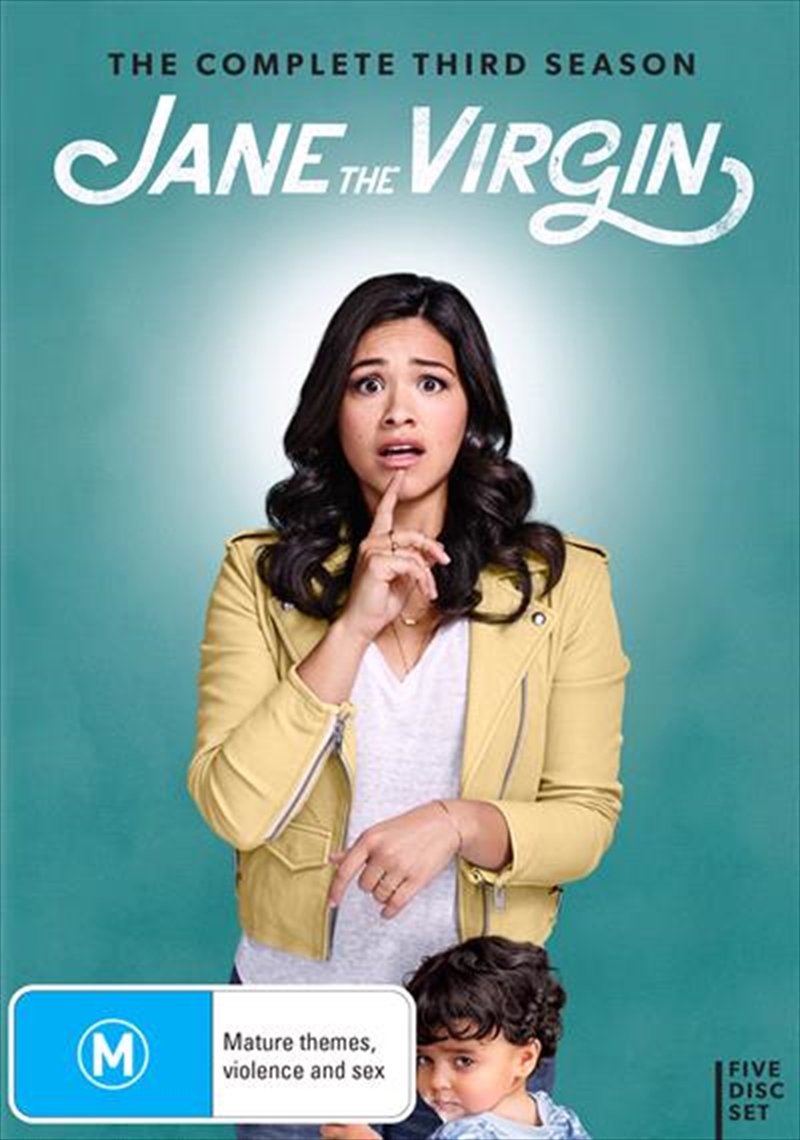 Jane Villanueva (Gina Rodriguez) does a lot of growing up in the third season of this drama-comedy, both through the circumstances she finds herself in and through retracing Alba's (Ivonne Coll) roots. A cousin Jane has never met turns up out of the blue, but she may not be as trustworthy as Jane would like to believe. After being shot on his and Jane's wedding night, Michael (Brett Dier) has a long road to recovery and must face the fact that he might never fully recover. Rafael (Justin Baldoni) learns a family secret that will completely change his life and Anezka (Yael Grobglas) does her best to impersonate Petra (Yael Grobglas), while also ensuring she remains paralyzed. Rogelio (Jaime Camil) is determined to break into American television and finds an unlikely partner to help him achieve his goal. Ricardo Chavira and Justina Machado join the cast, plus Gloria and Emilio Estefan make an appearance.
TRAILER
DETAILS