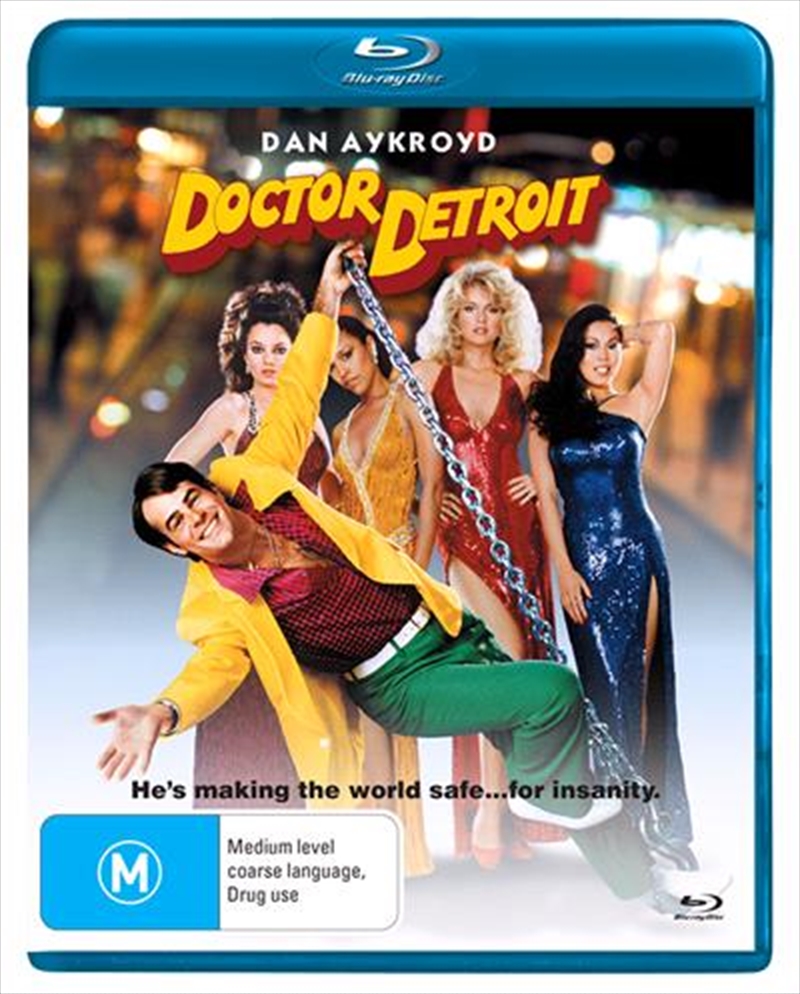 Dan Aykroyd (The Blues Brothers) stars in this classic comedy about a nerdy professor masquerading as a mobster. Professor Clifford Skridlow teaches a course called Chivalry in Literature at a Midwestern college. When he is asked to come to the rescue of four call girls who are being threatened by Chicago’s most ruthless mob boss, Skridlow decides to practice what he teaches. Disguised as high-rolling gangster, “Dr. Detroit,” the shy academic is introduced to a world of wicked pleasures. Featuring songs by Devo,
James Brown and Pattie Brooks.
DETAILS