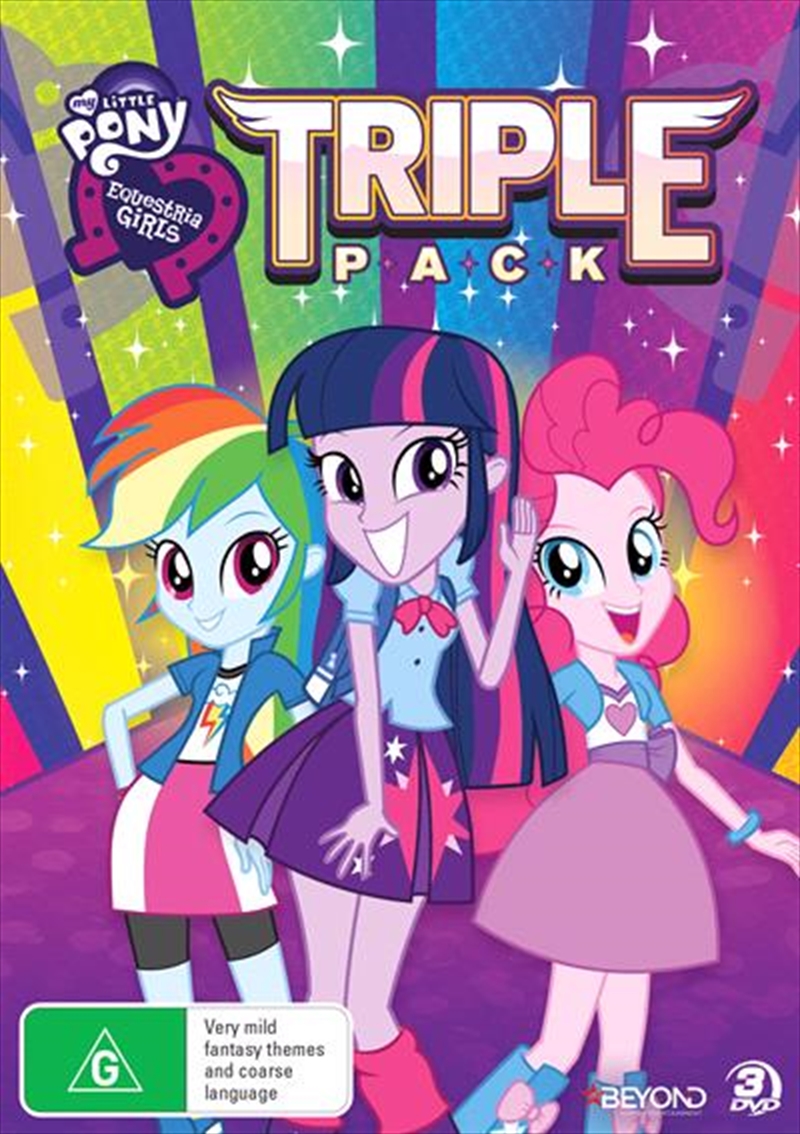 SEE MORE IN:
My Little Pony 3 For $20 Movies & More
DESCRIPTION
Get set for the mane event with MLP's Equestria Girls!

RAINBOW ROCKS - Canterlot High is hosting a musical showcase and Rainbow Dash, Applejack, Pinkie Pie, Rarity,and Fluttershy are going to be performing with their new band, The Rainbooms. But when a new girl group, The Dazzlings, arrives at CHS, they convince everyone to turn the friendly showcase into a Battle of the Bands. As tensions mount between the competing musical acts, a reformed Sunset Shimmer realizes that the Dazzlings may not be ordinary girls and are after something far more sinister than just being named Best Band at Canterlot High. The Rainbooms call on Princess Twilight to return to their world to help them perform a musical counter-spell so that they can win a battle that now determines the fate of the entire school.
FRIENDSHIP GAMES - The Competitions On!Canterlot High meets its rival school, Crystal Prep Academy, in a competition thats a long-standing tradition, The Friendship Games. Sunset Shimmer feels homesick for the magic of Equestria while she and her friends compete against Crystal Preps top students led by someone with an equal amount of interest in Equestrian magic, this worlds TWILIGHT SPARKLE.
LEGEND OF EVERFREE - When Canterlot High School goes on a trip to Camp Everfree, theyre surprised to find a magical force is causing strange things to happen around camp. With the help of the Mane 6 and especially Sunset Shimmer (who refuses to give up on her), Twilight Sparkle must confront the dark Midnight Sparkle within herself and embrace her newfound magical abilities to save the camp.
DETAILS