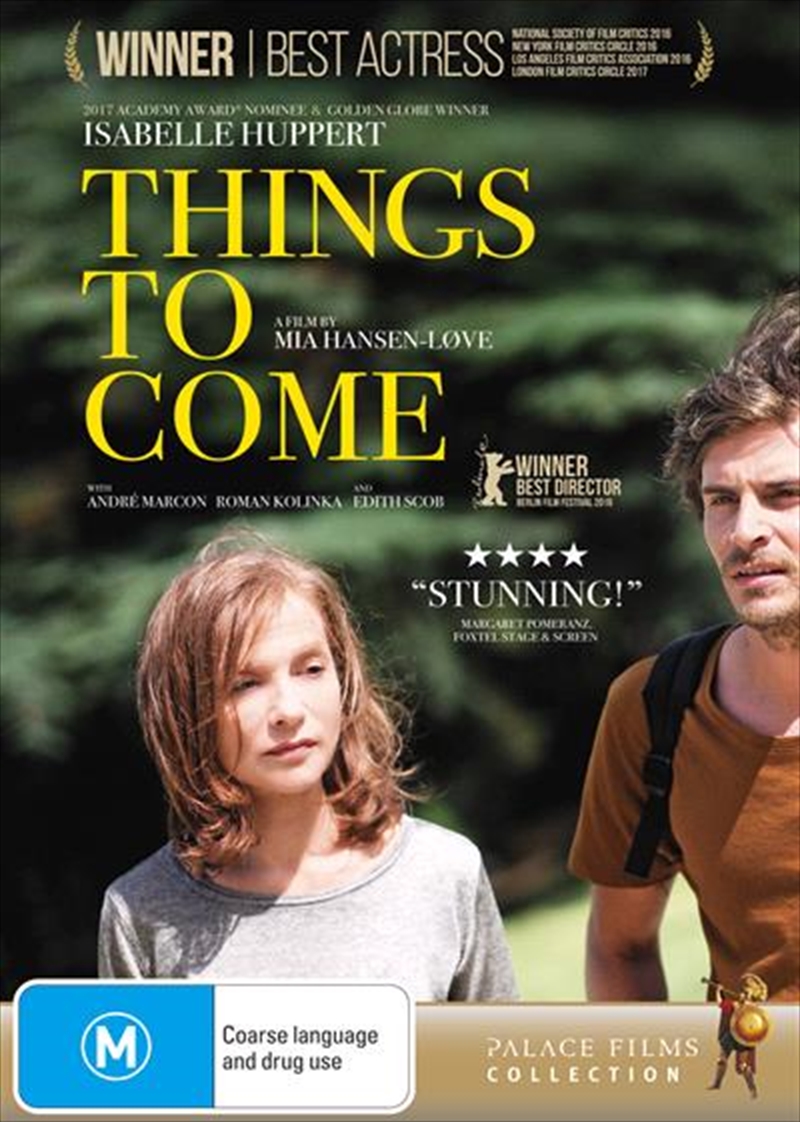 DESCRIPTION
How easy is it to reinvent one's life..?

Nathalie (2017 Golden Globe-winner Isabelle Huppert) teaches philosophy at a college in Paris. Shes passionate about her work and particularly enjoys passing on the pleasure of thinking to the next generation. Married with two grownup children, she devotes her spare time to the books she publishes as a sideline, to former students who have become friends and, above all, to her very possessive mother (the great dith Scob). But one day, Nathalies husband Heinz (Andr Marcon) announces he is leaving her for another woman, the first of a series of events that will upend Nathalies world, and leave her to completely reassess her future Though Nathalies plight is familiar in real life, it is rarely thoughtfully depicted on screen, and this is a role tailor-made for the always compelling Huppert. Revolving around questions of happiness, of having a vocation and the value or folly of established ways of living, THINGS TO COME depicts not only one individuals search for new avenues, it also gets to the heart of what constitutes a successful life.
DETAILS