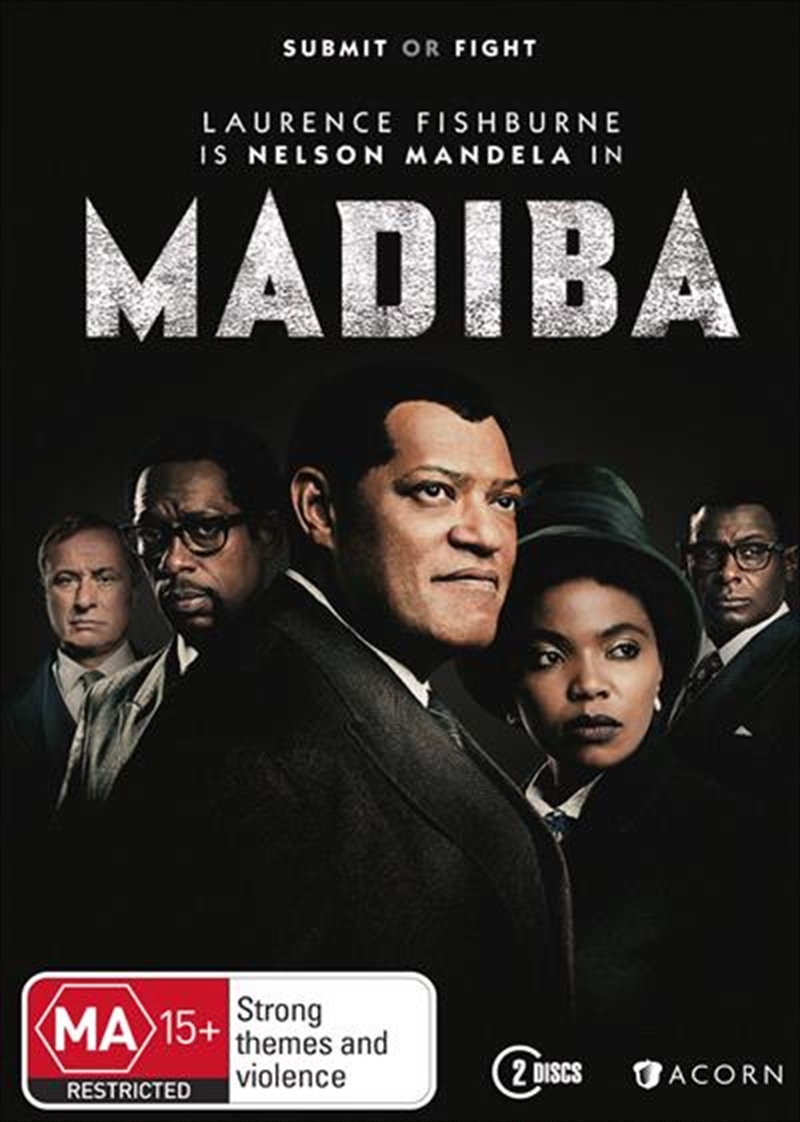 DESCRIPTION
"SUBMIT OR FIGHT. THOSE ARE THE ONLY CHOICES WE HAVE IN SOUTH AFRICA"

Madiba is a six-part event series that tells the epic tale of Nelson Mandela, the globally beloved iconic figure, as well as the many other leaders of the African National Congress Oliver Tambo and Walter Sisulu who fought alongside Mandela in the multi-racial, multi-national movement that led to the end of South African apartheid. Madiba is an event series of epic proportions that deliverers' gravitas, emotion, drama, and undying hope. With an all-star cast led by Academy Award nominee Laurence Fishburne, it is a heroic and ambitious character driven story re-told through momentous true events of exceptional scale and scope. THEME - In Mandela's never-ending pursuit of equality, & freedom, the story of Madiba explores themes of determination, humanity, sacrifices, activism, and redemption. The themes of Madiba re-enforce our basic tenets of humanity: that freedom belongs to everyone.
TRAILER
DETAILS