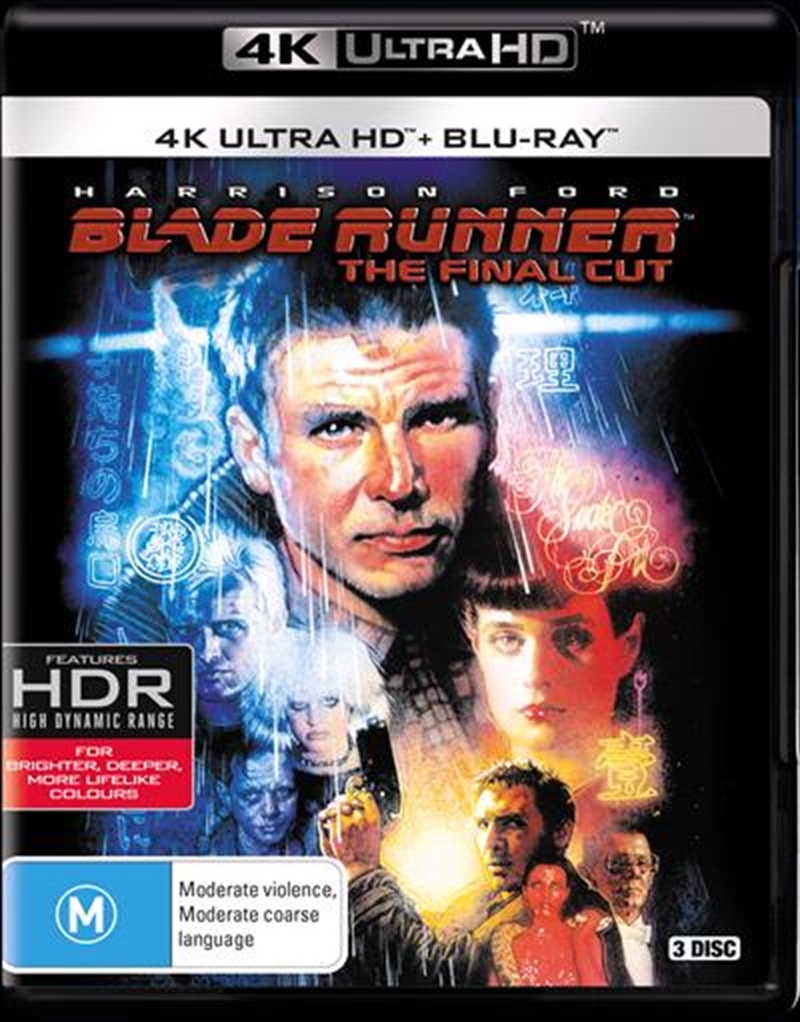 Shipping - See delivery options.
Postcode:
Quantity:
SEE MORE IN:
4K UHD 2 for $40 Movies All 2 for $40 Classics On 4K UHD Cant Seem To Stream
DESCRIPTION
Man Has Made His Match...Now It's His Problem

Rick Deckard (Harrison Ford) prowls the steel-and-microchip jungle of 21st-century Los Angeles. He's a "blade runner" stalking genetically made criminal replicants. His assignment: kill them. Their crime: wanting to be human. The story of Blade Runner is familiar to countless fans. But few have seen it like this. Because this is director Ridley Scott's own vision of his sci-fi classic. This new version omits Deckard's voiceover narration, develops in slightly greater detail the romance between Deckard and Rachael (Sean Young) and removes the "uplifting" finale. The result is a heightened emotional impact: a great film made greater. Most intriguing of all is a newly included unicorn vision that suggests Deckard may be a humanoid. Do Androids Dream of Electric Sheep? Is Deckard a replicant? As with all things in the future, you must discover the answer for yourself.
TRAILER
DETAILS