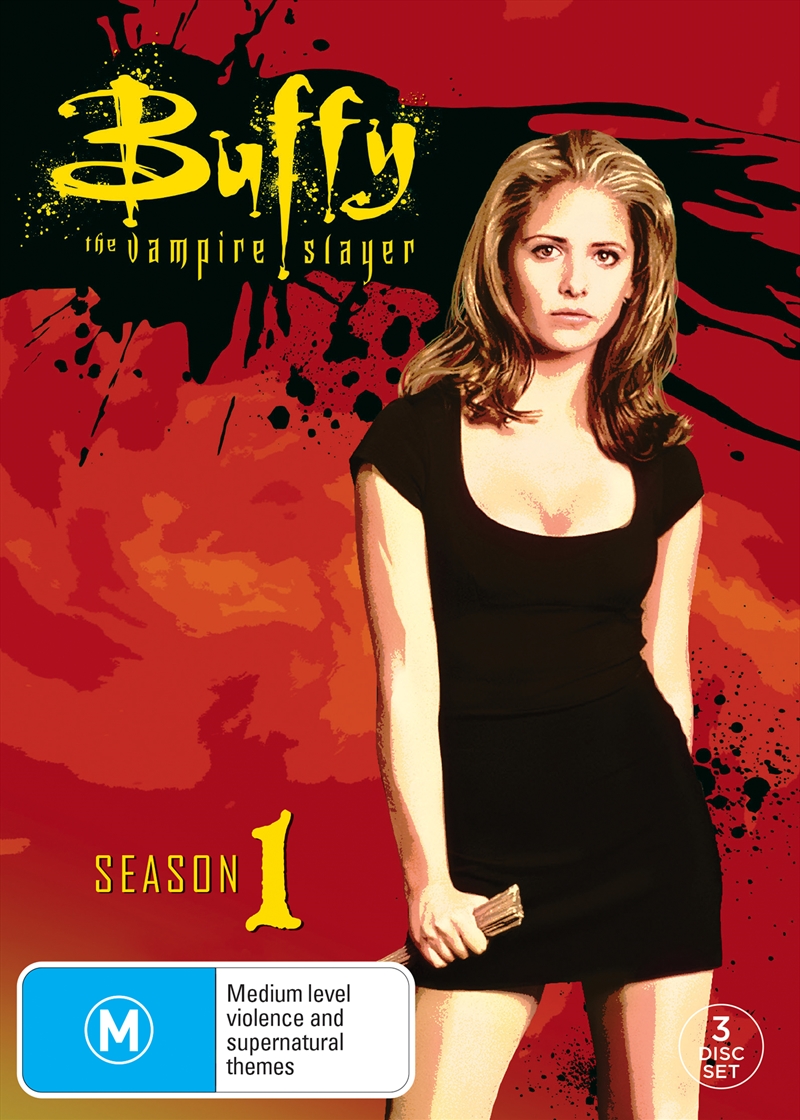 Welcome To The Hellmouth. Sophomore Buffy Summers transfers to Sunnydale High to make a fresh start but can't escape her destiny as a slayer because Sunnydale just happens to be at the mouth of hell. The Harvest. Buffy swings into action in a fight to the death with The Master, a powerful vampire intent on making a meal of her newfound friends and re-opening the mouth of hell. Witch. School spirit gets ugly when cheerleader tryouts take a supernatural turn, and Buffy gets bewitched as she tries to make the squad. Teacher's Pet. Buffy gets bugged by the substitute biology teacher who's seducing and devouring the boys at Sunnydale High. Never Kill A Boy On The First Date. Buffy starts dating a classmate, but is interrupted by a vampire plot to lead her to hell. The Pack. Buffy and Willow discover that all men are animals when Xander and the other boys from school are possessed by bloodthirsty demonic hyenas. Angel. Buffy finds herself irresistibly drawn to the mysterious Angel, but must pull herself away when she discovers his terrible secret and ungodly past. I, Robot... You Jane. Reading can be fun -- unless there's a demon trapped in the book, Willow falls under a very literate spell that hides out on the internet and puts Buffy's life on the line. The Puppet Show. Someone or something is killing the school's talent show contestants for their organs, and all eyes are on a spooky ventriloquist dummy named Sid. Nightmares. When everybody's nightmares become reality, Buffy has to draw on her mental strength to put the terrible dreams to bed. Out Of Mind, Out Of Sight. Ignore her at your own risk -- Cordelia campaigns for the May Queen crown, but the supernatural force of an unpopular girl conspires against her with dangerous consequences for Buffy and her friends. Prophecy Girl. Buffy's future looks bleak when Giles discovers an ancient book that foretells her death and the end of the world, but she's determined to survive and party at the Spring Fling.