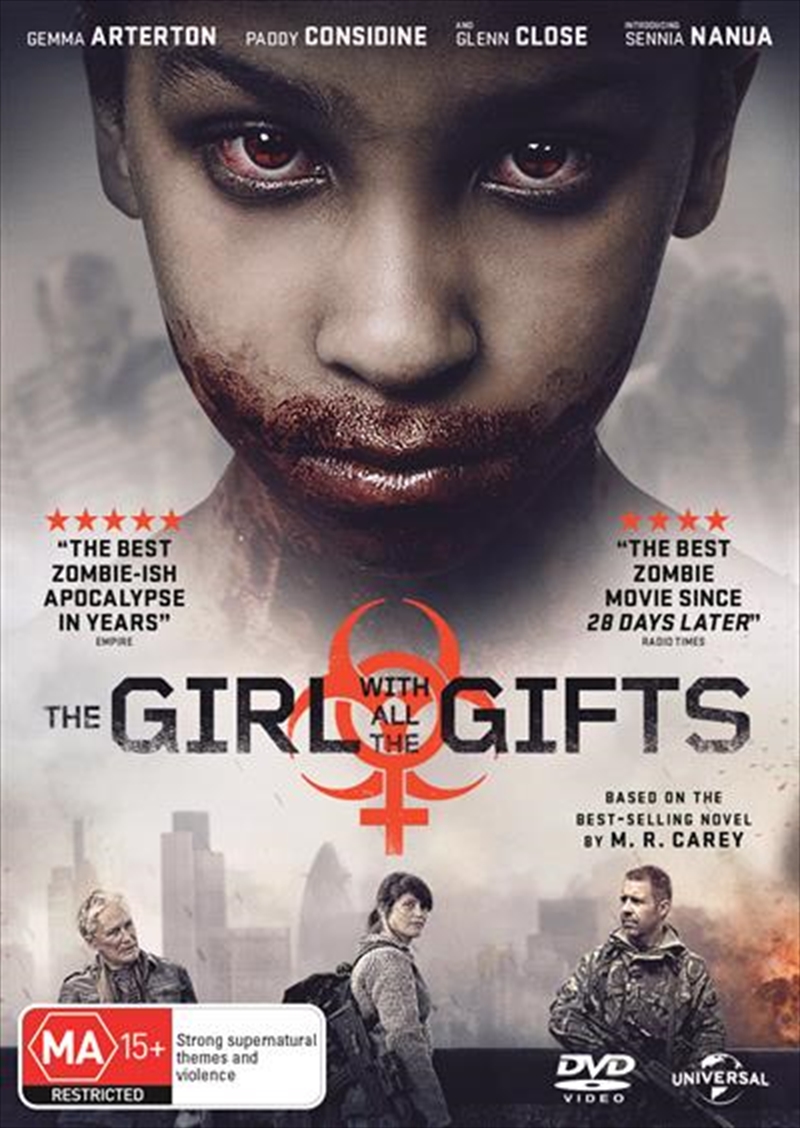 In a dystopian near future, humanity has been ravaged by a mysterious fungal disease. The afflicted are robbed of all free will and turned into flesh-eating 'hungries'. Humankind's only hope is a small group of hybrid children who crave human flesh but retain the ability to think and feel. The children go to school at an army base in rural Britain, where they're subjected to cruel experiments by Dr. Caroline Caldwell (Glenn Close). School teacher Helen Justineau (Gemma Arterton) grows particularly close to an exceptional girl named Melanie (Sennia Nanua), thus forming a special bond. But when the base is invaded, the trio escape with the assistance of Sgt. Eddie Parks (Paddy Considine) and embark on a perilous journey of survival, during which Melanie must come to terms with who she is.
TRAILER
DETAILS

Title: Girl With All The Gifts, The