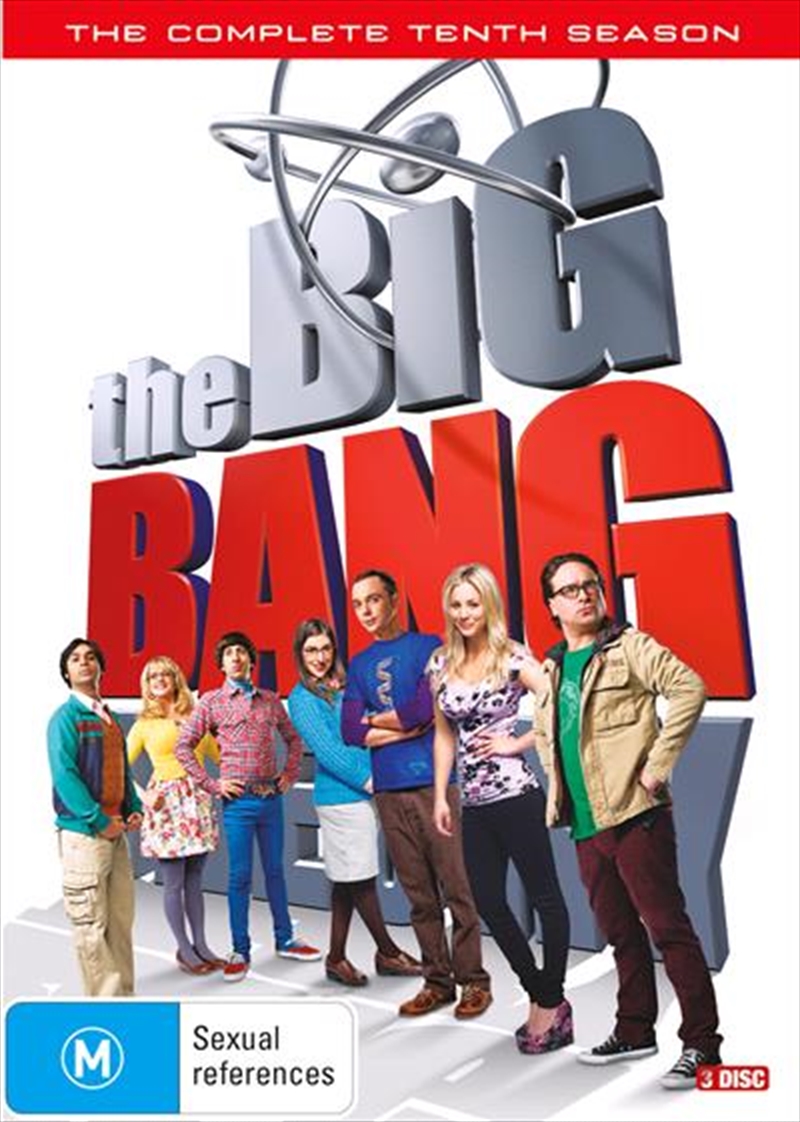 The universe of Drs. Leonard Hofstadter and Sheldon Cooper is endlessly complicated and hilarious as THE BIG BANG THEORY enters the tenth dimension! Last season, Leonard and Penny went from next-door neighbors to next-door newlyweds with a nuptial excursion to Vegas. This season, they find themselves in a repeating paradigm as they re-create their wedding - this time with family including Penny's mother (Katey Sagal) and brother (Jack McBrayer) and Leonard's parents (Christine Baranski & Judd Hirsch). Meanwhile, the Relationship Agreement between Sheldon and Amy added an entirely new subsection with their annual coitus clause. Also, gravitating in their universe, Howard and Bernadette prepare for the arrival of a little Wolowitz, while Raj finds himself juggling not one, but two girlfriends. Prepare to test a new hypothesis of inspired comedy that's nothing short of genius in Season Ten!
TRAILER
DETAILS