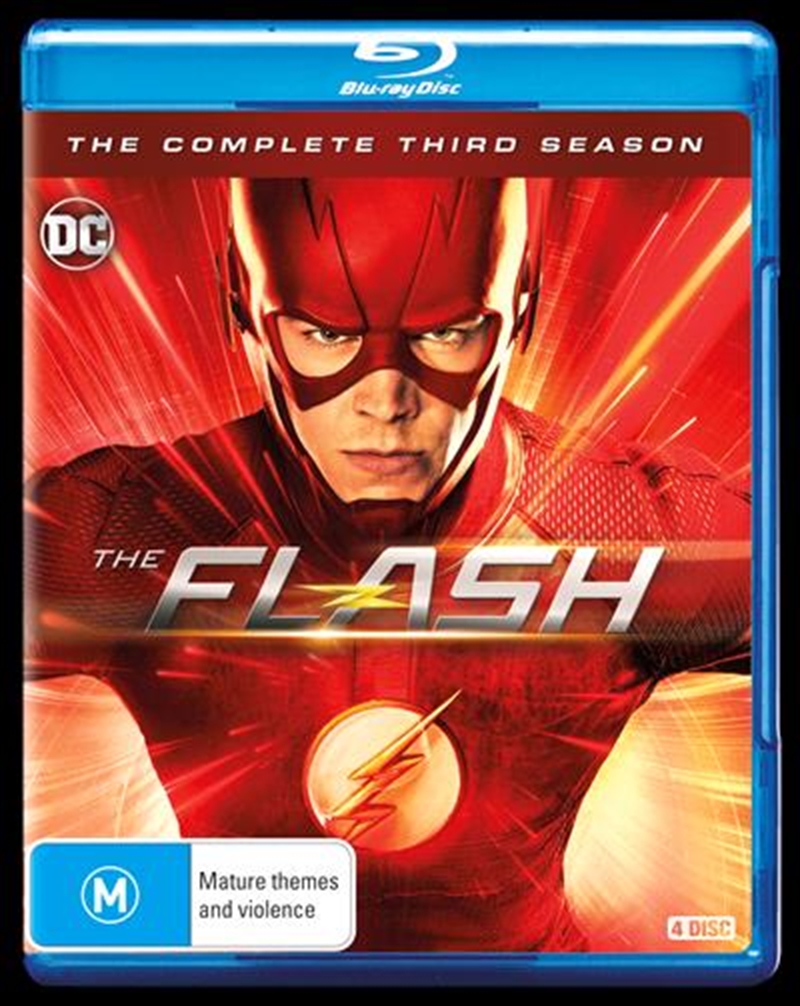 The Flash: Season 3 on Blu-Ray

Struck by the supercharged fallout of a particle accelerator explosion, forensic scientist Barry Allen becomes the fastest man alive: The Flash! With his newfound time-warping speed and help from the S.T.A.R. Labs team - Caitlin Snow, Cisco Ramon and Harrison Wells - and his adoptive family, Detective Joe West and Joe's daughter Iris, the Scarlet Speedster runs circles around other meta-humans set on wreaking havoc in Central city, while traveling between alternate universes and protecting our world from otherworldly threats. Last season, new dangers arrived from a parallel earth known as Earth-2, under the direction of an evil speedster named Zoom. In Season Three, Barry faces the unknown - as he irrevocably alters the timeline by saving his mother from the clutches of the Reverse-Flash. The only question now - as he remains trapped in his own Flashpoint Paradox - is will he be able to find a way out?